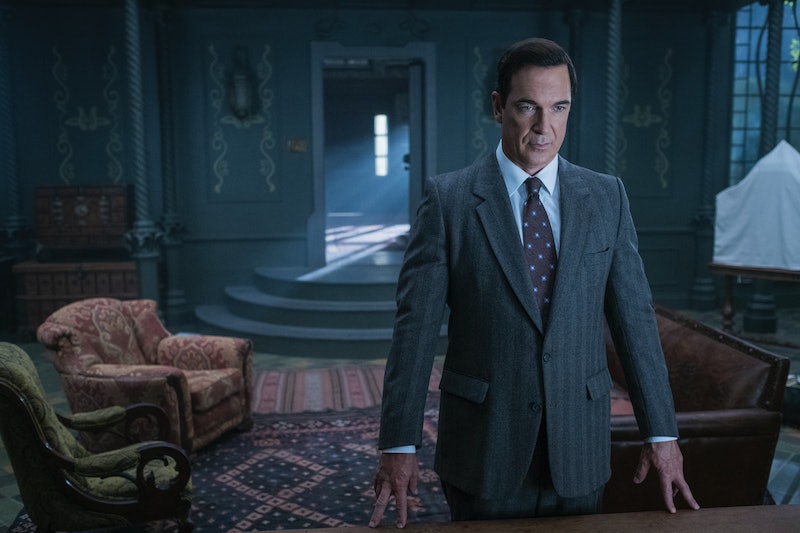 In A Series Of Unfortunate Events, the Baudelaire children discover that their parents used to develop secret codes, but that is no secret to fans of Lemony Snicket's books. One of those furtive communication techniques is Sebald Code, and the latest adaptation actually shows Gustav Sebald before his untimely death. Does A Series Of Unfortunate Events use the Sebald Code? The Netflix series uses this concept from the book in a different way. At least, I think it does. The most devoted Lemony Snicket fans may want to scrutinize the dialogue for potential messages.

In both Daniel Handler's books and the Netflix series, Uncle Monty is sent a message via the Gustav Sebald film Zombies In The Snow during The Reptile Room. However, Monty never learned the code in the books — and the code operates via a spyglass in the series.

While it is hidden in passages from The Penultimate Peril, Sebald Code is explained in Lemony Snicket: The Unauthorized Autobiography. In the books, the code is signaled either by the audible ringing of a bell or a person saying the word "ring" or "ding." The secret message begins with the first word after the bell, and then every eleventh word until another ring. In the eight episodes of A Series Of Unfortunate Events on Netflix, a lot of people ring bells or talk about bells ringing. There are bikes, doorbells, typewriters, and clocks. Is the show trying to tell us something?

One potential place is a scene in the first episode with Justice Strauss, right after she discovers the spyglass and goes to retrieve The Incomplete History Of Secret Organizations from her library shelves. It's the one that has sparked the most interest on social media. The dialogue in that scene is as follows. I will bold words that would make up the message in Sebald Code.

So the message is "AA if flooded, help" — which, as reddit user _Unoriginal_Name pointed out, could be a reference to the alliterative title of The Austere Academy. It could also be a reference to "Antwhistle Aquatics," which is mentioned in The Grim Grotto. If you go on in the scene, which definitely ends at the visual of a trolley bell if not sooner, the message becomes even more nonsensical: "I means and diced, I but Justice." The reddit thread also points out that it's odd of Klaus to say "surrounded area" instead of "surrounding area." Something is definitely up with this scene.

Let's try somewhere else. Here's the scene that introduces Dr. Montgomery. His repetitive dialogue is suspicious. After Mr. Poe rings the doorbell, this is what is said next:

"Hello, is coconut fork?" That's not much, and the answer is no. Coconut is not fork. It's also not clear where this message, if it was indeed a message, ends. I chose the sound of the forks jingling. Maybe there was too much need for bells to ring naturally, and the writers couldn't possibly code the entire show. In reality, that is a lot of work. However, even when Klaus asks "why doesn't the name Montgomery Montgomery ring a bell," the following dialogue does not produce a comprehensible message either.

The aforementioned reddit threat attempts to decode other sections of dialogue between bells and rings — but not a single one makes me confident that the Sebald Code we know from Lemony Snicket's books can be found in the Netflix series.

Is this vital fan disclosure or trailer, which uses two bells in the first 30 seconds, telling fans "Blue. Blue, that parents know." in code? I don't know! Maybe the way that the Sebald Code works, even without the use of the V.F.D. spyglass, will ultimately be revealed to A Series Of Unfortunate Events fans and we can get to the bottom of any messages hidden in the dialogue of the show.