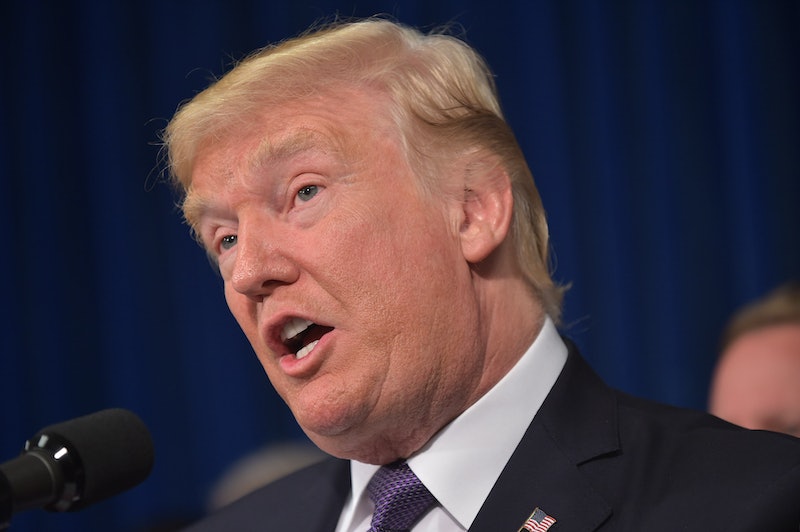 On Friday, the Trump administration announced a hyper-controversial rule change that could have a huge impact on American women's access to contraception. Namely, the Department of Health and Human Services announced that it was effectively undoing the Obama administration's birth control mandate, which required employer health insurance plans to cover contraception at no charge to their female employees. The swiftness and suddenness of the announcement has left a lot of people incredulous, as well as asking some pointed questions ― is Trump's birth control rule constitutional, for example?

One group that definitely thinks so is the American Civil Liberties Union, more popularly known as the ACLU. The most visible civil rights organization in the entire United States, and nearly a century old, the group is reportedly already planning to sue the Trump administration over the change, and some of the reasoning behind the suit is clearly grounded in the new rules being unconstitutional. In a statement, ACLU Senior Staff Attorney Brigitte Amiri accused the administration of authorizing discrimination against women:

The Trump administration is forcing women to pay for their boss's religious beliefs. We're filing this lawsuit because the federal government cannot authorize discrimination against women in the name of religion or otherwise.

Amiri also told Talking Points Memo why she believes the rule has some "constitutional issues," namely that it singles out an area of care that's only used by women. She said:

This raises a couple of constitutional issues, including sex discrimination, because they’re singling out care that only women need. They are not targeting other kinds of preventative care, and they’re taking away a benefit that’s otherwise guaranteed by law. Additionally, they’re targeting something, contraception, that allows women to achieve equality in society.

Of course, the ultimate arbiter of constitutionality in American life, when it comes down to it, is the Supreme Court. And while it's way too early to judge whether this issue will ever make it that far, the court's ruling in a previous suit against the contraception mandate, in 2014's Burwell v. Hobby Lobby, could be instructive.

In that ruling, on whether the mandate was an unconstitutional violation of the religious freedom of companies, the court ruled in a 5-4 partisan split that closely-held companies ― defined by the IRS as companies in which the majority of shares are controlled by five or fewer people ― had the right to decline to provide contraceptive coverage. But it quite explicitly did not extend this right to virtually every publicly traded company or nonprofit, of any size, in the entire country.

Obviously, it would take a number of lower court rulings and appeals for a challenge to the administration's new contraception rule to make it to the highest court in the land. But if there's any type of case you could imagine getting that far, it'd be one that involves the specific targeting of a certain group of people, and one with a seismic, sweeping impact on American society.

That's how observers are describing the impact of the Trump administration's rule change, which effectively rips open a loophole for any corporation to save some money by offloading the cost of contraception onto its female employees. And from the sounds of things, there's not going to be any waiting around on implementation ― the rule change is reportedly effective immediately.

This would demand that a company cite a religious objection, of course. But depending on how the administration assesses the validity of such claims, that could end up being a very low bar to pass. And at the risk of sounding cynical, when you're talking about corporate decision-making in a profit-driven, capitalist system, companies don't always just do the right thing.