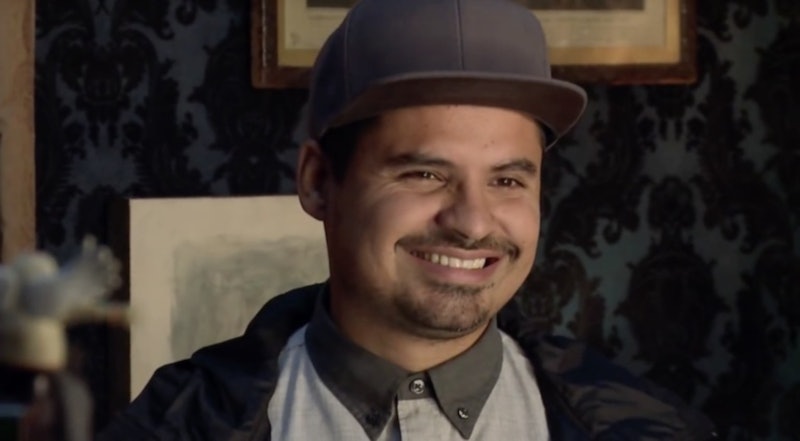 Small spoilers ahead. A huge chunk of Ant-Man's charm came from affable small-time crook Luis, a crony of Scott Lang, whose gift of gab nearly pushed Scott to the edge of patience. Asking Luis for direct facts led to a convoluted maze of side stories, relationships and wistful memories — long before the requested information. In Ant-Man and the Wasp, villainous tech dealer Sonny kidnaps Luis and shoots him full of truth serum to find out Lang's whereabouts in an attempt to steal Dr. Hank Pym's technology. The serum has the intended effect, along with unintentional consequences Sonny didn't see coming. But is that how truth serum really works — inject someone with chemicals and they spill the beans? Is truth serum real, or is it just a hokey movie plot device too convenient for screenwriters to resist?

First off, "truth serum" isn't even a single specific chemical or batch of chemicals, but a catch-all name for a variety of psychoactive drugs whose effects are hoped to loosen the tongues of individuals they're given to. Sodium thiopental, aka sodium pentathol, is often name-checked (especially in movies), but at various points mescaline, scopolamine, and even marijuana were used by the U.S. Government as potential truth serums during World War II, as High Times reports. The MCU even made up its very own truth serum for Agents of S.H.I.E.L.D., called QNB-T16.

It was scopolamine in particular that kicked off the long, misunderstood history of "truth" serums. Back in 1915, Dr. Robert House worked in an obstetrics unit, where the drug was given to women to ease childbirth. He noticed some unintended side effects on the women — when asked questions they spoke directly and without hesitation, almost automatically. House thought this side effect might be used to exonerate truly innocent prisoners; after all if scopolamine could knock out childbirth for straight answers, it would certainly prove prisoners being interrogated were telling the truth when they responded automatically.

Scopolamine, and most barbiturates used as truth serum, just lower inhibitions and make people more cooperative. Unfortunately they also puts people in an extreme state of suggestibility. If you press someone for a direct answer they might give it to you, but if you ask them for any information, there's a good chance they'll tell you what they think you want to hear. That's why in 1963 the Supreme Court ruled that confessions gotten through truth serums were "unconstitutionally coerced" and not admissible.

In the newly-released scene from Ant-Man and the Wasp, Sonny gets to hear the effects of the truth serum on naturally chatty Luis. When Sonny demands Scott's current whereabouts, he gets way more than he bargained for: a full recap of Scott and Luis' entire history together squarely from Luis' far more optimistic point of view, with the overall gist of the truth buried by pointless details. And that's the problem with truth serums.

According to i09's piece on truth serum history, "sodium pentothal proved useless not because no one could get information, but because everyone could get too much. It gave questioners information in endless streams that were near-impossible to sort into fact and fiction." Sounds familiar to a particular sidekick's infamous M.O. even without a drug injection.

But the dangers of misunderstanding truth serums are very real, as seen in the infamous "split personality" case of Sybil, which redefined multiple personality disorder in psychiatry; the answer was revealed to have been coerced from the patient under the influence of sodium pentothol. And a 1961 CIA report summarized that "no such magic brew as the popular notion of truth serum exists," adding that "even under the best conditions they will elicit an output contaminated by deception, fantasy, garbled speech, etc."

The coup de grace came with the CIA noting, "It is possible, however, for both normal individuals and psychopaths to resist drug interrogation; it seems likely that any individual who can withstand ordinary intensive interrogation can hold out in narcosis," rendering truth serum ultimately useless as an interrogation tool. Lucky for Sonny, Luis just loves to talk no matter what. As for audiences, it's pretty easy to find Scott Lang's whereabouts when Ant Man and the Wasp hits theaters July 6.