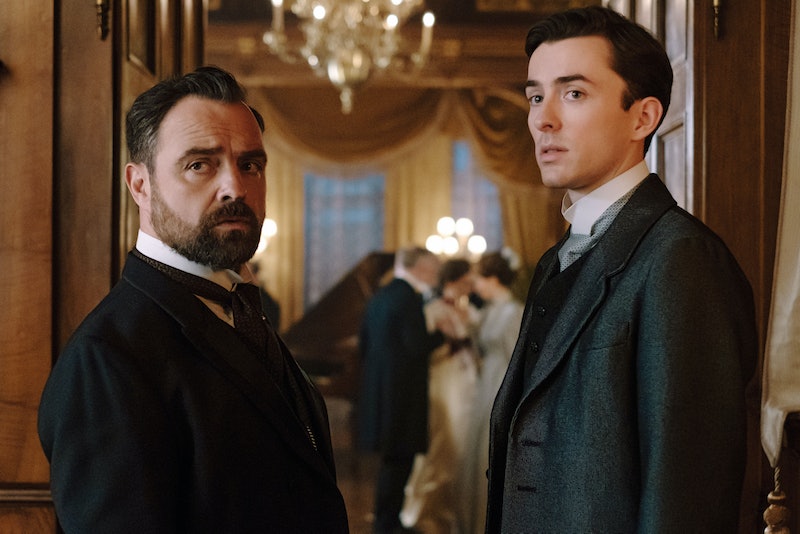 Re-airing on BBC Two tomorrow night (May 13), Steve Thompson’s 2019 series brings the novels of Frank Tallis to life. Following the story of an Austrian detective who studied under one of the world’s most famous psychoanalysts, this detective drama is perfect for Sherlock fans — especially since Thompson was one of its writers. But is Vienna Blood based on a true story?

Based on Tallis's Liebermann book series, the story follows the fictional detective Max Liebermann (played by Matthew Beard) who uses his psychoanalytic skills to uncover the mysteries swirling around 1900s Vienna. Liebermann initially worked as a doctor, but after Oskar Rheinhardt (Juergen Maurer), an Austrian Detective Inspector asks for his help on a case, he becomes entangled in "some of Vienna's most mysterious and deadly cases," as the BBC describes.

The Liebermann series consists of seven books, starting with Mortal Mischief and ending with Mephisto Waltz. The first three were adapted into the three-part series, and each brings a separate case for Liebermann and Rheinhardt to uncover and solve. The series also explores Liebermann’s world outside of detective work, including his rather complicated love life and friendship with Rheinhardt.

A few real-life figures appear throughout, including psychoanalyst Sigmund Freud, who Liebermann studied under. The rest, however, is Tallis's fictional creation. "I have three passions in life: Psychoanalysis, music and cake. So, the idea of writing Viennese thrillers, in which a doctor-detective attends musical events and visits coffee houses, was always very appealing," Tallis told the BBC in a press statement.

"Needless to say, I took my research very seriously, visiting the coffee houses of Vienna with great frequency and now I really know my [Austrian cakes] Punschkrapfen from my Kaiserschmarren."

Tallis decided not to be that involved with the production of the series, as "novelists are very attached to their work and tend to have fixed ideas about how it should be translated to screen," he explained. He did consult on "minor plot details and historical and technical" accuracies, but other than that, the adaptation was left in the hands of the actors, Thompson, and the crew of Vienna Blood.

While Tallis took a backseat for the adaptation, the world he had created resonated with Vienna Blood's writer. "The period detail in the novels is phenomenal. It's just dripping in detail," Thompson told The Herald. "It was an incredibly vital time for the history of Vienna — so much was changing." Thompson continued:

"This was the birth of modernism, the clash between the modern and the old cultures was happening, not only in medicine, psychology, but also in music, art and architecture, and that clash, that richness of culture, Frank sums up so beautifully."

This article was originally published on November 18, 2019