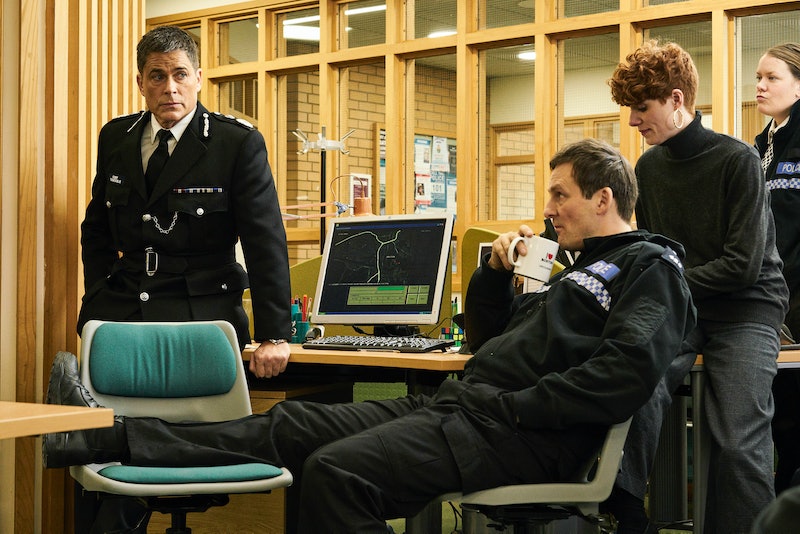 Being able to stream countless box sets and ploughing through a series in one sitting is an absolute blessing. Although, as I've been watching ITV's Wild Bill as it airs weekly, I've come to the startling realisation that I'd completely forgotten what it felt like to watch a series in a traditional, stagnated format. And as someone who has a short attention span, having the option to stream episodes is a major help for keeping up with the story. Thankfully the first few episodes are available on ITV's catch-up service, but is Wild Bill on Netflix?

As the series has yet to finish its first season, it isn't currently streaming on Netflix. Although, it's more than possible that it could find its way to the streaming platform once it comes off-air, as there are a handful of other ITV dramas already available on the site like Marcella, Unforgotten, and Paranoid. I reached out to a Netflix rep to see whether Wild Bill could be a future addition, but they tell me that they "have no further info if it's coming in the future at this stage."

There's plenty more Wild Bill to enjoy until the sixth and final episode airs later this month, and according to ITV's synopsis, tonight viewers will witness an investigation that involves the body of a local found between two rival farms. This discovery reignites a "bitter feud", causing Bill and Muriel to "find themselves on opposite sides [as] both are determined to prove themselves correct."

If you've missed the first three episodes, Wild Bill follows — you guessed it— a guy called Bill Hixton (played by Rob Lowe), an American police chief who becomes the Cheif Constable of a small town in Lincolnshire. The premise for the series was inspired by an actual event that occurred in 2011, after executive producer David Griffiths "read a piece in the LA Times about David Cameron posing the concept that British police chiefs could come from English-speaking countries outside the UK," as writers Jim Keeble and Dudi Appleton said in an ITV press statement.

"He was trying to pave the way for NYPD's Bill Bratton to come and take over the Metropolitan police. That never happened, but the one thing it did lead to was Wild Bill."

Placing a "metropolitan" cop in a small, English town leads to some pretty interesting (and comical) situations, like finding a severed head in a freezer and losing a criminal in a cabbage patch. "[T]he show becomes less about an American coming to England and more about a metropolitan guy going to a place where he can't get what he wants, can't live the life he's used to — a place that will push all his buttons."

And while this drama is currently a six-parter, the situation the writers have put Bill suggests there are more crimes for him to solve if a second season were to be greenlit. I contacted a rep for the show who tells me "there's no further news on a second series at this stage." At least there are still two episodes left of the first in the meantime.

More like this
The Love Island 2022 Reunion Drama, Explained
By Sophie McEvoy
Nicola Walker’s IRL Husband Is No Stranger To TV Screens
By Darshita Goyal
'The Capture' Is Finally Back – & S2 Looks Tense AF
By Sophie McEvoy and El Hunt
Nicola Walker Warns Fans To Expect A "Bumpy Ride" In 'Annika' Season 2
By Maxine Harrison
Get The Very Best Of Bustle/UK