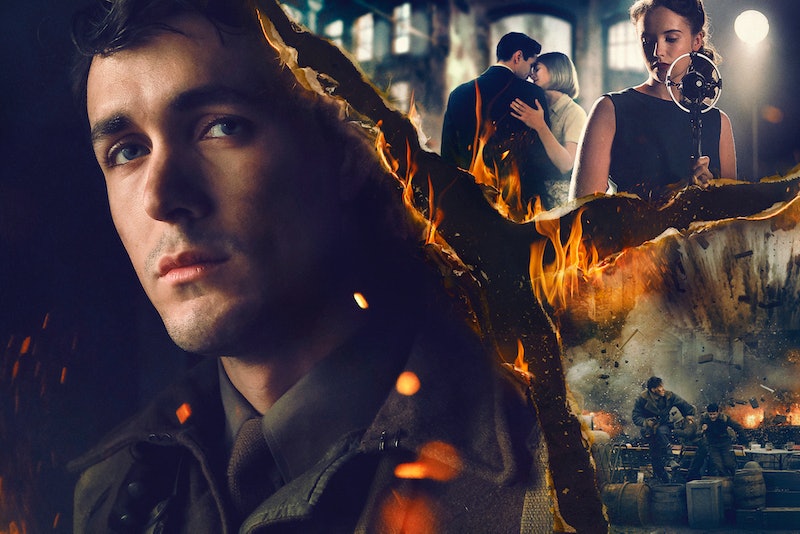 The BBC is perhaps most loved internationally and at home for its incredible period dramas. There's nobody who can do it quite as well as the Beeb and we all know it. So all they have to do is mutter the words "new period drama" and nerds like me basically clear the diary for the next month. Especially when it's in a deliciously cosy Sunday evening slot. Their new show is set during World War II and is so earth shatteringly human that it's easy to wonder is World On Fire based on a true story?

The new show, which tells the story of different people across several countries, is about the ordinary people dealing with a world in a state of chaos. And although the individual stories aren't based on anyone in particular, the show is heavily based on events at the time.

Speaking to the BBC, the show's writer Peter Bowker explained that he worked with head of history at Exter university Richard Overy and other experts on war time in order to get the most real vision of what life was really like.

Working alongside Overy, a researcher, and the Imperial War Museum Bowker discovered that he knew a lot less about the war than he had previously believed. He told the BBC:

"It was about narrowing down the abundance of material that was there and finding alleyways and places that I didn’t know about. Then it was finding stories, finding the little details that humanise it."

However, one set of characters in particular are very much based on real people and a pair of people very close to Bowker on a personal level. Lois and Connie's characters are an ode to his nan and auntie.

"On a personal level my grandmother, who was white, and my auntie Anna, who was Afro-Caribbean, were a mixed race variety act called Two Shades, performing in 1930s Manchester. Creating the characters of Lois and Connie was partly a desire to celebrate them and they became a starting point for telling hidden stories of diversity."

And diversity is where this show is different to any other wartime period drama you've seen before. Bowker was keen to focus on ordinary people as opposed to those in charge. To try and take a step back and imagine what it was like to be a gay man in Paris at that time. Or to be a Senegalese man fighting in Dunkirk. Or a regular German family with a child who was disabled. The war was obviously a terrifying time for soldiers, world leaders, families. But what about those on the fringe of society? Those a little bit different. Those who lived in an entirely different fear. This show tells their story and is why it's so revolutionary in its own way.

The series will begin in the summer of 1939 and show the build up to the war and those coping with uncertainty, rapid changes, and of course — fear.