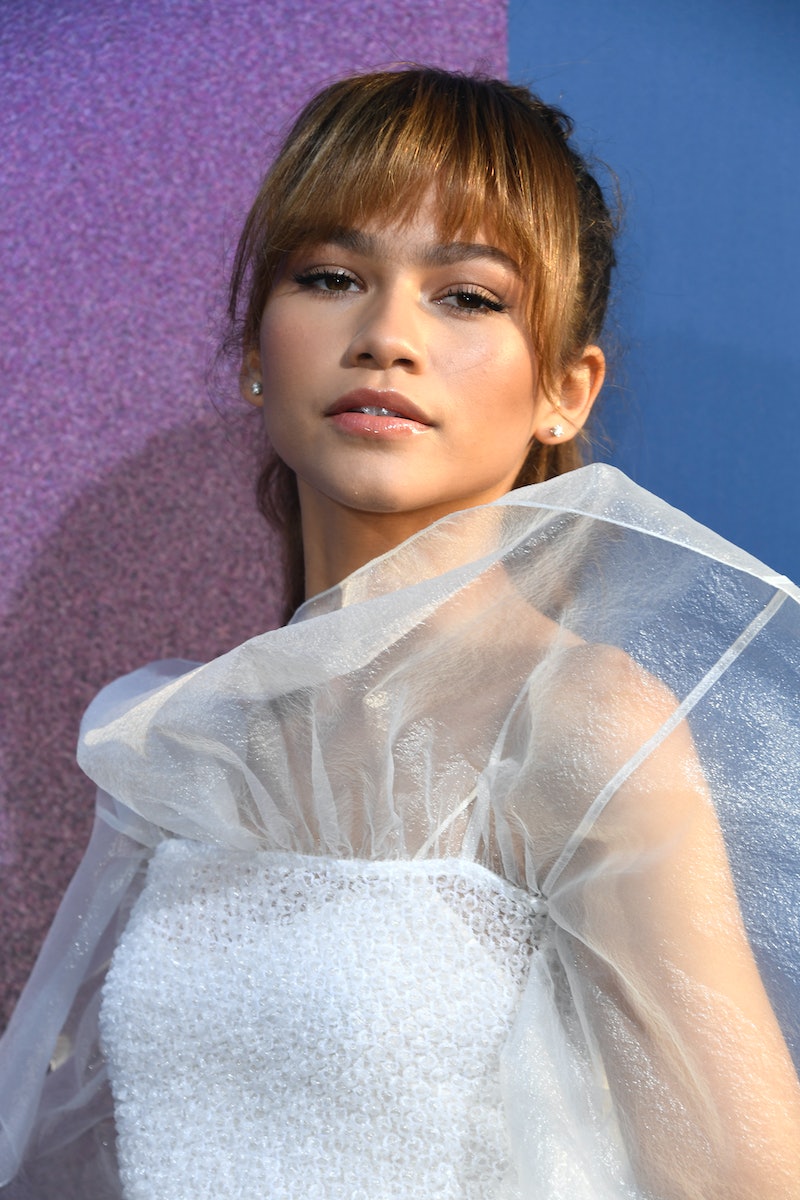 Celebrity hair changes always seem to shock people, despite that it’s in an entertainer’s nature to transform their look every now and then. But Zendaya’s auburn red hair has still thrown many of her fans for a whirl even though the actor’s look transforms nearly every other week.

Zendaya is not at all shy when it comes to a hairdo switcharoo, but she made her most recent hair change a little more semi-permanent for the occasion. According to Refinery29, Zendaya was promoting her newest film for Spiderman: Far From Home in London when she debuted a long head of burgundy red roots.

The actor turned heads with her head of straight red locks post-wash and set. While fans on Twitter were quick to speculate the dye job was in preparation for a role as Ariel in The Little Mermaid, the actor shut down the rumors in a single tweet and explained the real reason for the Auburn ‘do.

“MJ Homage,” Zendaya wrote in response to a fan’s tweet about her hair.

When another fan tweeted at the actor, curious to know if her hair was just a wig or her fully blown out length, Zendaya confirmed that the hair was all her.

Well, drop that level and tone of red already, Daya!

For those who can remember the original Spiderman starring Toby McGuire, then-leading lady Kirsten Dunst played Mary Jane on screen in a head of red hair as well. Not to mention, MJ has red hair in the comic books to bring this look's history all the way back to the beginning.

The actor isn't necessarily new to hair changes, least of all red. For Zendaya's first Met Gala in 2018 celebrating the Heavenly Bodies theme, the actor stepped out as Joan of Arc in a similar red-colored wig styled by Ursula Stephen. The wig encompassed natural-looking waves in its neck-length cut and also paired well with some baby bangs. Needless to say, the wig (and the outfit) will go down in Met Ball history.

Despite this being her first reveal of her silky red roots, it almost seems as if Zendaya had been prepping her hair for the super burgundy red look she debuted in London. Technically, the young actor has low-key been sporting reddish-brown waves since early June and nobody has really noticed until now.

The actor had rocked a more subtle shade of red that faded into her natural brown hair during the red carpet premiere of her new HBO series Euphoria. Propping it up in a ponytail and a set of '70s bangs, the starlet graced the carpet in a sneak peek of what would become the MJ homage weeks later.

Time and again Zendaya has already proven herself to be a fashion icon. And now that her fans know hair dying is another one of the stylish actor's strong suits, it won't matter whether Zendaya is wearing a wig or a semi-permanent hair dye, fans just want the deets, sis.