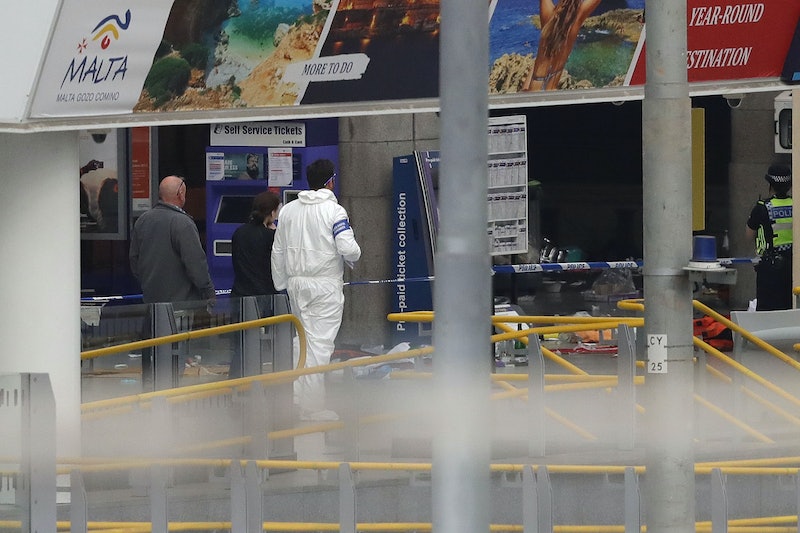 The day after a bomb killed 22 leaving an Ariana Grande concert in Manchester, England, the terrorist group ISIS claimed responsibility for the attack, the Associated Press reported. They did so in a statement that was released in several languages from the main ISIS news body on the Telegram messaging app. They claimed the bomber was an ISIS "soldier of the caliphate" who placed "explosives among a gathering of crusaders," by which they mean Christians. The lone bomber is thought to have been killed at the scene, but ISIS did not name him a martyr in their statement. The ISIS claims have not been substantiated.

After a night of confusion, Manchester Police finally confirmed that the attack was a suicide bombing Tuesday morning, noting that the bomber detonated an improvised explosive device. Medics also described wounds of the injured being consistent with shrapnel. Some 59 were injured at the scene. Ian Hopkins, the Chief Constable of Greater Manchester Police, gave the update to the news media. "The attacker, I can confirm, died at the arena. We believe the attacker was carrying an improvised explosive device which he detonated causing this atrocity," he said.

According to Prime Minister Theresa May, the security services know the identity of the bomber, but it is too early into the investigation to release this information. "The police and security services believe they know the identity of the perpetrator but at this stage of their investigations we cannot confirm his name," she said in a press conference Tuesday.

What also remains uncertain is whether or not the bomber was working alone. According to Already another suspect has been arrested and is being held for questioning. "We can confirm we have arrested a 23-year-old man in South Manchester," the Greater Manchester Police wrote on Twitter. Later Tuesday The Guardian also reported that riot police have raided an apartment in South Manchester; it's thought to be the one the bomber lived in. Who else may have been in the home is unknown.

Names of the victims have already started to come out, some of them children as young as 8 years old. The first victim to be named, 18-year-old Georgina Callander, was a health and social care course student at Runshaw College, a college in Lancashire.

Just about two years ago she posted a picture to Instagram hugging Grande. Already her posts are being filled with rest in piece messages fro other Grande fans from around the world. After the attack, emergency services took her to an area hospital, where she died, The Evening Standard reported. Her mother was present.

Similar stories are likely to continue as the authorities release more names of the victims. Messages of sympathy have come in from around the world, and from the Queen of England:

The whole nation has been shocked by the death and injury in Manchester last night of so many people, adults and children, who had just been enjoying a concert. I know I speak for everyone in expressing my deepest sympathy to all who have been affected by this dreadful event and especially to the families and friends of those who have died or were injured.

As more becomes known about the perpetrator, this alleged relationship with ISIS will be fully explored by the British security and intelligence services. Given the attack's focus on young children and teenagers, it is truly horrific.