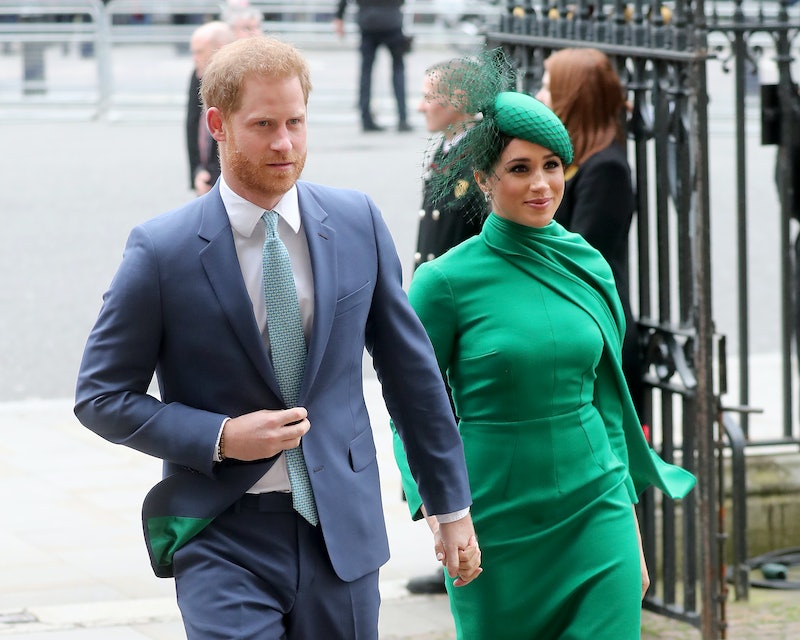 It's been more than five months since the Duke and Duchess of Sussex announced they'd be stepping back from their royal duties to become "financially independent." Although the couple left the UK for pastures new in Canada and then the US earlier this year, they are repaying the cost of renovating their marital home Frogmore Cottage to keep a British base. Per The Times, Prince Harry and Meghan Markle have begun repayments for the cost of renovating the house in Windsor. It's estimated it will cost them £18,000 a month to repay £2.4million over the course of 11 years.

Following their move to California with son Archie, it appears that the couple has begun to pay back the cost of the Grade II listed property's renovations, estimated to be £2.4 million. A Buckingham Palace spokesperson confirmed to the The Times that "It was always intended that the Sussexes would repay the cost of building works to the house." The publication also reports that Harry and Meghan paid extra to have the house furnished to the taste.

Per The Mail on Sunday when the couple first moved in Frogmore Cottage was in a state of disrepair and required "extensive renovation" say sources at The Mail on Sunday. The money for the residence, set in Home Park close to Windsor Castle, was initially paid for from the Sovereign Grant, public money given to Queen to help with royal duties.

While Harry and Meghan are said to have been living in rented accommodation in California, the royals began paying £18,000 monthly in "enhanced rent" for Frogmore Cottage last month," it has been revealed. According to The Mail on Sunday, "it has been quietly arranged for the couple to start paying rent on the property, beginning last month". "It is being described as a 'rental-plus' agreement in which they pay more than what the commercial rate would be, enabling them to pay down those building costs with the excess," they publication added.

It seems the Harry and Meghan are keen to have a presence in the UK despite stepping back as royals to pursue commercial opportunities. In their statement, released in January this year, Prince Harry and Meghan stated that they wished to “carve out a new progressive role” and would “balance their time” between the United Kingdom and north America to support the Queen.