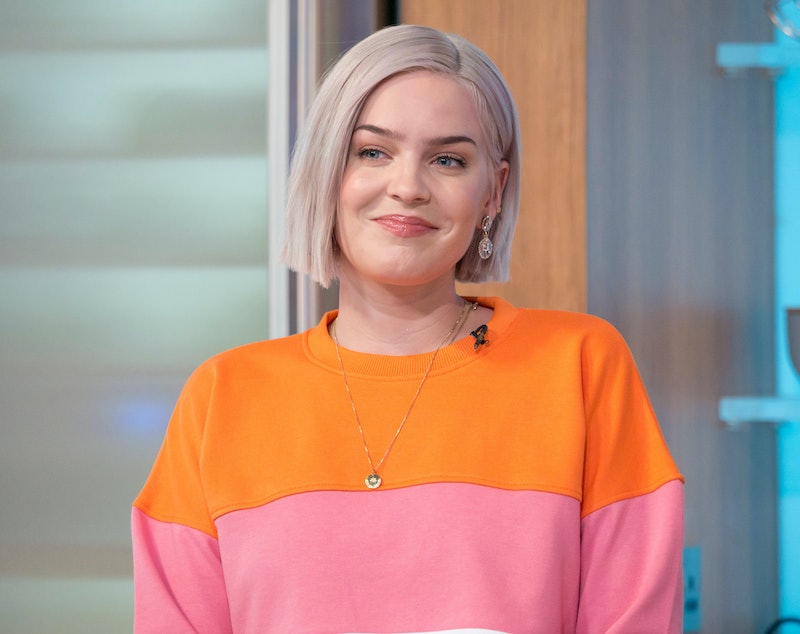 Following a controversial performance from the singer on Saturday Night Takeaway, Anne-Marie and ITV have apologised for any offence caused. The singer and the broadcaster issued apologies over her appearance in the End of the Show Show segment of the programme. While the Anne-Marie performed "Ciao Adios," presenters Ant & Dec could be seen beside the singer dressed in Karate uniforms including headbands that featured the Rising Sun flag.

“I sincerely apologise to all those who were affected and hurt by my appearance last night on UK TV,” Anne-Marie wrote in a statement posted to Twitter on March 1. “I want you to know I had nothing to do with the costumes on this sketch. Unfortunately, education on this part of the history wasn’t done and I am also hurt by the pain this signifies for so many people. I’m truly sorry and I promise you that this will not happen again. Our team is talking to the TV station, working on taking down the footage, so that it doesn’t cause any more pain.”

In a statement sent to Bustle, a spokesperson for ITV said: “We apologise for any offence caused during the End of the Show Show by the costumes worn. This was clearly unintended and we have taken steps to re-edit that part of the episode for the Hub and for repeat broadcasts.”

As BBC News reports, the flag is seen “by some as a symbol of Japan’s imperialist past”, and has been compared to the Nazi swastika. In South Korea, the connotations of the flag are seen to “romanticise and rewrite the human rights abuses by Japanese forces,” especially during World War II. Japan initially occupied the Korean peninsula in 1905, and the Rising Sun flag’s connection to the Japanese military is associated by “[m]any South Koreans [...] as emblematic of Tokyo’s failure to address its past.”

However, Jeff Kingston, director of Asian studies at Tokyo’s Temple University told Reuters that the “Japanese view [the Rising Sun] as a flag with a long tradition extending well beyond Japanese colonialism.” This is why Tokyo Olympic organisers said that the display of the Rising Sun at the 2020 games “does not constitute a political statement,” and that there “are no plans to ban the controversial banner,” despite pressure to do so from South Korea.