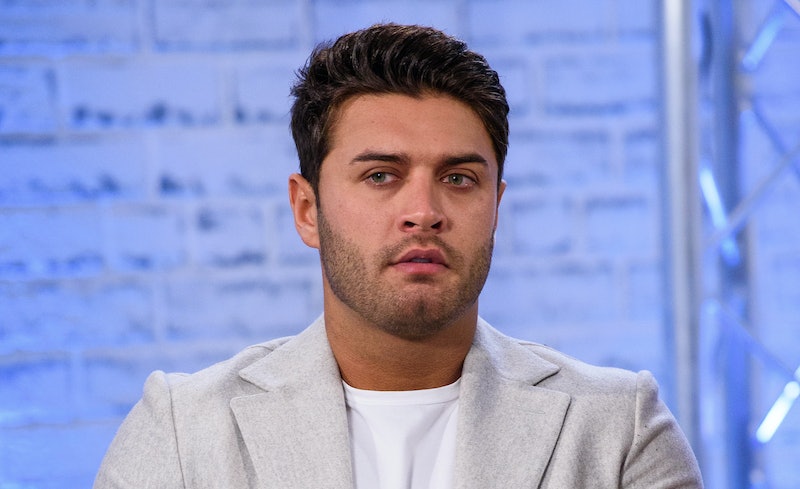 Mike Thalassitis' tragic death has sparked a series of conversations about how young reality television stars cope following a show's ending. The 26 year old sadly took his own life earlier this month, not long after a fellow former Love Island star, Sophie Gradon, was also found dead in the summer of 2018. Both incidents have resulted in a discussion between reality stars about how they are treated in the months following their departure from a show, and in particular, Love Island. And now, an ITV boss has shared comments about Love Island aftercare, saying that help can't be indefinite for those that take part.

According to the BBC, ITV's chief executive Carolyn McCall explained that, while Love Island bosses want to help contestants in the months after their experience, they can't "do that forever":

"We can do everything we possibly can to look after people and to do our duty of care but you can't do that forever," McCall said. "There has got to be a framework and it will come to an end."

The TV executive did reveal, however, that following the tragedy more would be done to change their processes: "We will do much more in a much more structured way," she explained.

Thalassitis' and Gradon's deaths have certainly sent shock waves around the reality TV circuit, with many speaking out about their own experiences.

2018 Love Island winner Dani Dyer told Jonathon Ross that Thalassitis' death was "such a shock" and "absolutely devastating for everyone," and also explained the transition into an overnight star can really take its toll: "It is tough going from literally being no-one then all of a sudden overnight coming out and being someone," she told the host.

Josh Denzel, who also featured in the 2018 series of Love Island, also shared similar musings, telling GQ: "I do feel like you kind of get thrown into the lion's den and if you survive then you're just free to enter the world again." He continued: "It's like, 'How do I transition to going back to just the guy or the girl that I was before?'"

Love Island is not the only reality TV show on our screens that has been thrust into discussion, either. Jamie Laing, of Made In Chelsea fame, recently appeared on Good Morning Britain to share his experiences with aftercare on the show.

The star explained that, on MIC, the cast members are actually really cared for. "In reality TV, in Made in Chelsea particularly, we are looked after incredibly well," he said. "We go through lots of different processes to get into the show and the care afterwards is amazing. It's amazing that actually people are starting to look at that situation properly. It's so important."

Despite concerns over the level of care Love Island cast members experience after the show wraps, some still do confirm that they are given help. Dani Dyer said that she had "100 percent had that fully" in reference to help after the show, and 2018 alumni Adam Collard said "I know they obviously want to make good TV but the main priority is always looking after you. When I left the villa, the chaperone I lived with the week before I went in came to see me and we became good friends."

In response to Thalassitis' death, ITV put out a statement, sharing their condolences and outlining their aftercare policies. They also explained they would be looking to review them in certain ways:

"The key focus will be for us to no longer be reliant on the islanders asking us for support but for us to proactively check in with them on a regular basis."