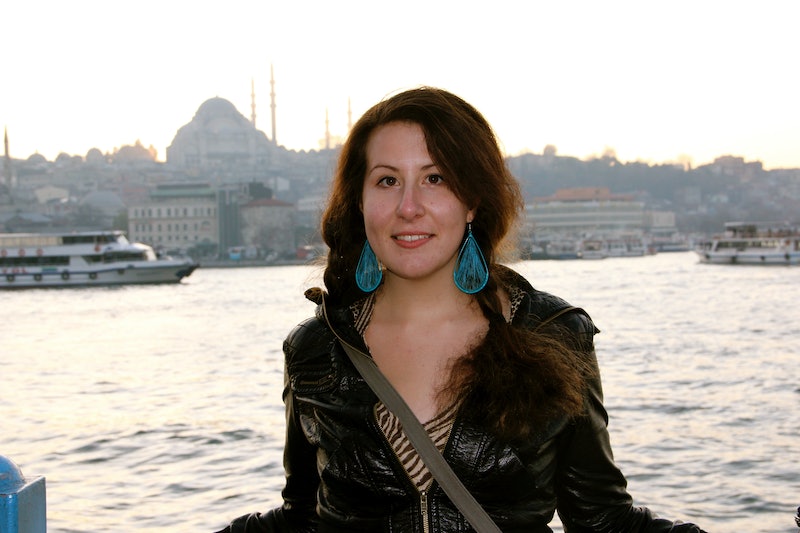 Donald Trump was elected president and suddenly intrauterine devices (IUDs) are all the rage. Given Republicans' vows to immediately repeal President Barack Obama's Affordable Care Act, commonly referred to as Obamacare, it's not altogether surprising that interest in IUDs has significantly spiked since the election. Google Trends reported a jump in searches for "IUD" immediately following Trump's victory, and Planned Parenthood recently said it has seen a 900 percent increase in demand for the long-acting birth control method. So I know I'm probably not the only one wondering if getting an IUD will become more expensive if Obamacare is repealed — especially after my own experiences trying to figure out a way to pay for birth control.

While I'd like to tell you the answer to that question is a resounding "no," all signs point to "yes." Although Republicans have been vocal in their vows to "repeal and replace" the Affordable Care Act, they've so far had little to say about what they'll actually replace the law with. While they've mentioned keeping some of the law's more popular mandates, it's more than likely they won't restore everything we've come to appreciate about Obamacare. One of the items likely on the chopping block? The Affordable Care Act's contraception mandate, which required health insurance companies to provide birth control at no additional patient co-pay.

According to data gathered by the consumer healthcare company Amino, an IUD under the Affordable Care Act could cost a woman in the United States anywhere from roughly $187 to $736 depending on which state they live in.

But if the Affordable Care Act is repealed, insurance providers will no longer be required to provide no-cost birth control and women could be forced to cover both the cost of an IUD and its insertion out of pocket. According to Amino, this could bring the cost of an IUD up to anywhere between $936 and $1,586.

Draining your savings to cover the cost of your birth control is, unfortunately, a road I've walked before. In February of 2013 I sat in an office at a women's health care clinic in Istanbul, Turkey (where I was living and working at the time) and tried not to cry as I looked at the bill for my appointment: $1,053. Because the national health insurance plan I received from the Turkish government for being a member of the workforce didn't include coverage of contraception like IUDs, it would cost me a major chunk of money to have my expiring Mirena IUD removed and replaced.

Sure, I could have opted not to have my IUD replaced. I could have resigned myself to using another method of birth control like the pill, which would have shaved a few hundred dollars off my overall bill but likely left me battling the heavy periods, mood swings, and nausea that caused me to switch to an IUD in the first place.

But swapping the pill for an IUD nine years ago was one of the best decisions I ever made and I wasn't ready to go back. Aside from freeing me from side effects of the pill that I'd come to consider an unfortunate consequence of being a woman, my IUD has been an amazing contraceptive option for my so-low-maintenance-I-can't-even-regularly-remember-to-take-a-daily-vitamin lifestyle.

And so I did the only thing I could think to do. I dug deep into the dark corners of my bank account and paid $505 for a new Mirena IUD and another $548 in doctor fees for removal, insertion, and an annual Pap smear. I still know exactly what everything costs because if you type "Mirena" into the search bar on my email account, a series of frantic emails to my mother – all centered around the basic theme of "OMG, HOW AM I GOING TO PAY FOR THIS?" – pop up.

I'm not looking forward to having to decide between dropping close to or more than $1,000 and having a method of birth control that I know works well for me again. Access to contraception shouldn't be a luxury. It's an essential component of women's preventative health care and lawmakers should be working to expand access to affordable contraception rather than revoking it.

More like this
Wimbledon Alters All-White Kit Rule Amid Candid Period Discussions
By Catharina Cheung and Rachel Mantock
13 Weight Bench Exercises That'll Give You A Full-Body Workout
By Carolyn Steber
I Visited Remedy Place, The Social Club Transforming The Wellness Industry
By Rachel Lapidos
Here's How Long You Should Hold A Stretch
By Carolyn Steber
Get Even More From Bustle — Sign Up For The Newsletter