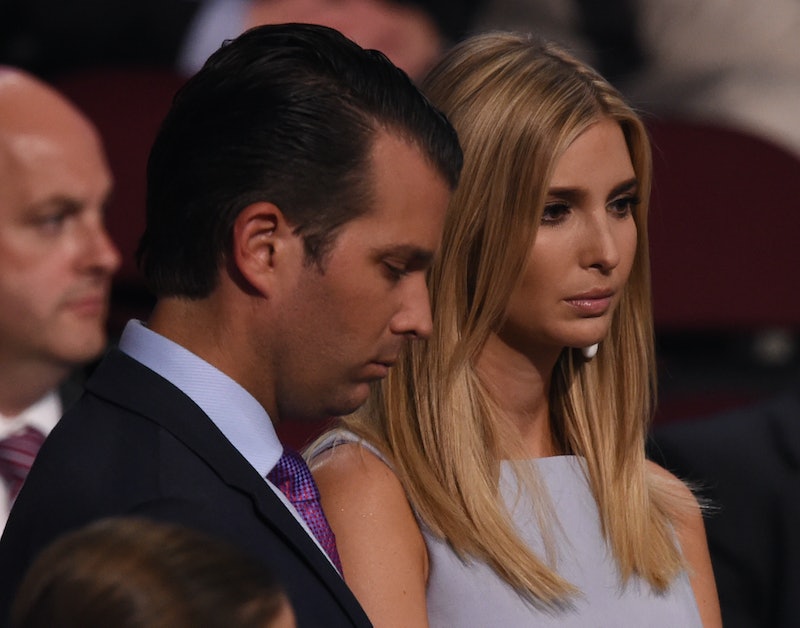 Two of President Trump's children, Ivanka and Donald Jr. were nearly charged with felony fraud for overselling the value of condos in the Trump SoHo, a development in downtown New York City, according to a report published Wednesday by ProPublica, WNYC, and The New Yorker. The investigation stopped in 2012 when Manhattan District Attorney Cy Vance overruled the prosecutors on the case, following a visit from Marc Kasowitz, a top donor to the D.A. who had also been Trump's attorney for a decade.

The story began in 2010 when the Major Economic Crimes Bureau of the D.A.'s office began an investigation. According to the joint news report, the family hired top Manhattan defense lawyers to come to their aid. The lawyers reportedly argued that exaggeration did not equal "criminal misconduct." They didn't get much traction in mounting a defense, in part because the evidence was reportedly explicit.

One person who saw emails that had been collected as evidence, told the investigating journalists that there was "no doubt" that Ivanka and Donald Jr. "approved, knew of, agreed to, and intentionally inflated the numbers to make more sales." The two Trump children, according to the report, discussed by email "how to coordinate false information they had given to prospective buyers." In one email, they worry a reporter has found out, and in yet another, Donald Jr. reportedly tells a broker not to worry about the lies, because "nobody would ever find out."

When their father realized that the case wasn't being dropped, he reportedly complained to the lawyers who were on the case. Then Kasowitz got involved. The report says that he donated $25,000 to Vance's reelection campaign, one of the biggest donations. Then comes the most damning lines of the report:

Kasowitz decided to bypass the lower-level prosecutors and went directly to Vance to ask that the investigation be dropped.

At a meeting, also attended by a few high level people with the DA's office, Kasowitz made arguments to get the investigation dropped (the Major Economic Crimes Bureau was not there). No new arguments were presented, it was just the old ones repeated. And it worked — "Three months after the meeting, [Vance] told them to drop the case," and the investigators did.

Vance told the reporters that he didn't think he did anything wrong.

I did not at the time believe beyond a reasonable doubt that a crime had been committed. I had to make a call and I made the call, and I think I made the right call.

Also worth noting is that the $25,000 donation was returned before the meeting, a standard practice when the D.A. is dealing with a donor for a case. Vance claimed that the meeting and Kasowitz "had no influence and his contributions had no influence whatsoever on my decision-making in the case."

Kasowitz later donated again to Vance, and did some bundling that totaled to $50,000; Vance has said he will return this money too.

Attempts by the reporters to reach the Trumps resulted in the requests being rerouted to a lawyer, who referred them to lawsuits about Trump SoHo. It was always a hard sell from the beginning — it wasn't a true residential building, but rather a condo-hotel, so even if you owned a unit, you couldn't stay there full time and comply with zoning rules.

The building has been a renewed interest for investigators this year as the Trump-Russia collusion investigation has carried on.Vanity Fair reported that Special Counsel Robert Mueller was also looking into the investment, too, seeing as how some of the principal investors were Soviet-born immigrants who knew "how to get backing from Russia's richest oligarch."

This latest report, however, seems far more cut and dried.