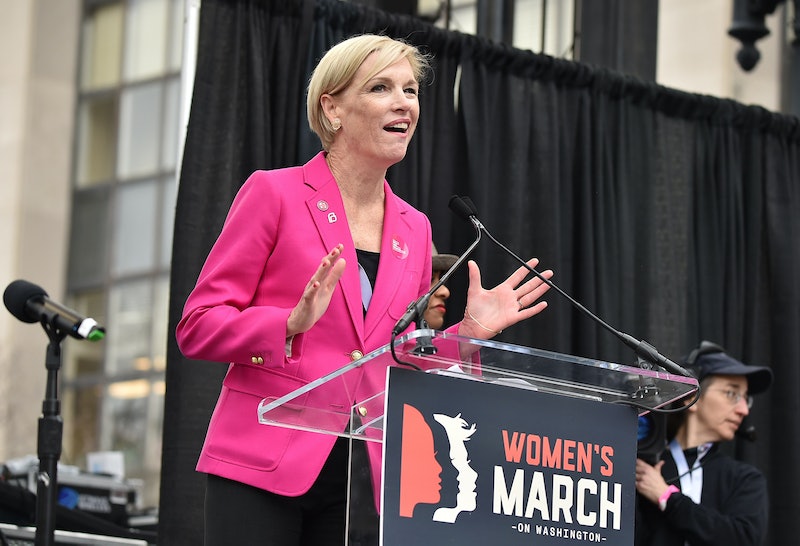 POLITICO reported Thursday that Ivanka Trump met with Planned Parenthood president Cecile Richards after the inauguration. Reports of the meeting are a notable development at a time when the First Daughter and White House employee has been accused of being complicit in policies perceived by critics as anti-woman. A Planned Parenthood spokesperson confirmed that a meeting occurred, but told POLITICO the purpose was to explain to Ivanka what the organization actually does:

The main thing that Cecile Richards was doing was explaining that the money doesn't actually go to abortions — we get reimbursed the same way a hospital does. We were clearing up misinformation about how this works.

Ivanka Trump has long promised to make policies for women and children central focuses of her father's administration, and if she really was ignorant of how Planned Parenthood functions, reproductive choice advocates may have cause for concern.

Richards herself certainly seems displeased with the work of the first daughter, who was recently elevated to the position of Special Assistant to the President. "It's time for Ivanka to stand for women," Richards told BuzzFeed in an interview last week, adding that the first daughter's silence on the proposed GOP health bill was "deafening."

Richards' criticism is the latest in a series of complaints leveled at Trump from liberals and progressives who'd hoped she would be a force for moderation in her father's right-wing administration. In a recent Saturday Night Live sketch, Scarlett Johansson depicted Trump in an ad for a perfume called "Complicit" and featured the tagline, "the fragrance for the woman who could stop all this, but won't."

Trump's husband, Jared Kushner, has also been criticized for assuming significant roles in the United States' relations with the Middle East and China, despite having little to no experience with either region.

Despite — like her father — having no prior government or policy experience, Ivanka Trump was apparently a persuasive force for some voters, particularly white, suburban females who ultimately broke for the president. Before the election, BuzzFeed's Anne Helen Petersen spoke with many of these women, describing their view of her as a "Trump launderer: a sanitized, assuring, classy Trump who makes it less troublesome to vote for her father." In actively campaigning for her father — even after leaked tapes made his views on women clear — Trump arguably made herself instrumental to his campaign.

That Richards, apparently, remains unimpressed by the first daughter may be a telling sign to those who hoped Trump could persuade her father to maintain a moderate position on women's health issues.