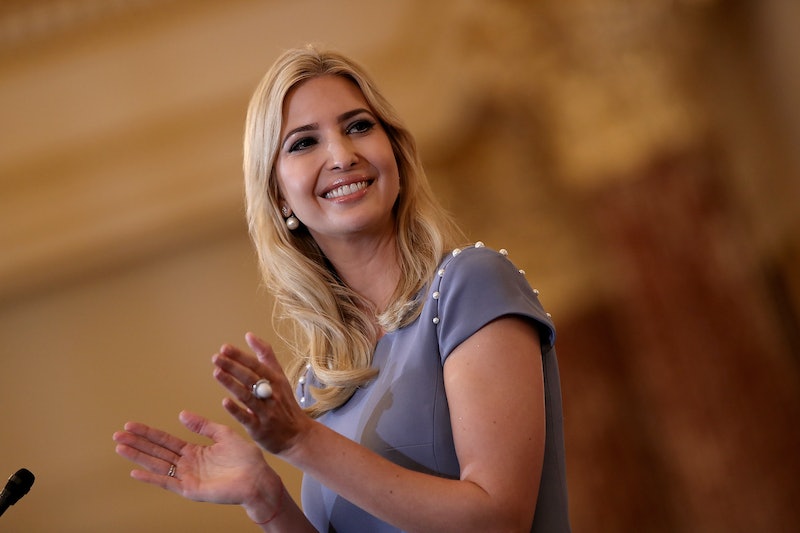 On Friday morning, just as news of White House Press Secretary Sean Spicer's resignation was breaking, Ivanka Trump posted a completely unrelated photo on Instagram. Trump posted a throwback photo to her remarks at last summer's Republican National Convention, but her choice to conspicuously publish this photo at such a tumultuous moment made it seem as though Ivanka Trump was intentionally not addressing Spicer's resignation.

Spicer reportedly resigned after a disagreement with the president over the appointment of Wall Street financier Anthony Scaramucci as the new White House communications director. Both Spicer and White House Chief of Staff Reince Priebus were opposed to Scaramucci's appointment, but the president wanted Scaramucci — an outspoken supporter of the current administration — to work for him.

It was with the couragement of Trump and her husband, Jared Kushner, that the president offered Scaramucci the communications director position on Friday morning, and Spicer resigned after rejecting a position to subordinate to Scaramucci. Trump's support for Scaramucci — possibly at Spicer's expense — therefore seemed to cement the strain in Spicer's relationship with the president and the decline in his role as press secretary.

It is unclear if there was any tension between Trump and Spicer. Earlier this year, Spicer criticized Nordstrom for discontinuing her brand, and defended the president's tweets on the same subject.