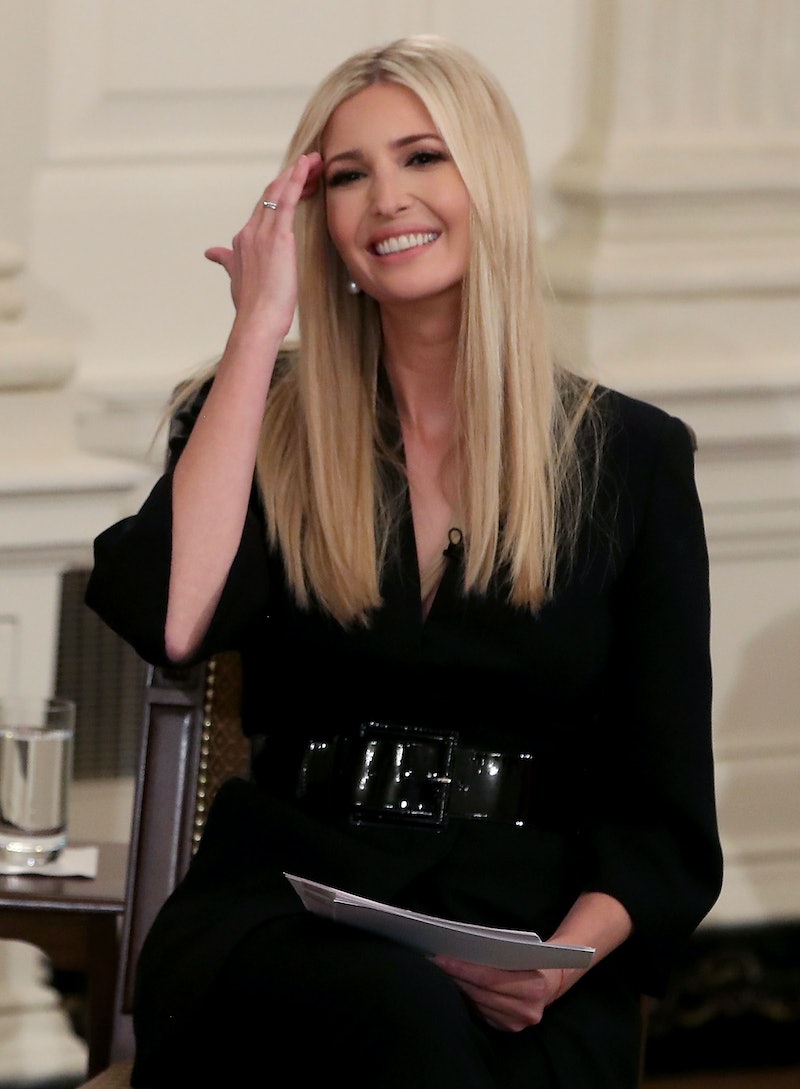 As news about the president's business relations with Russia heats up this week, some people are asking who else in his family may have been associated with the dealings. Yahoo! News has put forth a possibility: On Thursday, it reported that Ivanka Trump was connected to a Trump Tower Moscow project, although her alleged involvement reportedly ended before Michael Cohen's did.

On Thursday, former Trump lawyer Cohen pleaded guilty to lying to Congress about working to launch a Trump property in Russia. Vox reported that President Donald Trump had been dreaming of building a Trump Tower in Moscow for years; sources told The Washington Post in 2017 that he worked on the project up until January 2016, and that's the timeline Cohen shared with Congress. But on Thursday, Cohen's plea deal indicated that the lawyer actually continued pursuing the development until around June 2016.

Here's where Ivanka and other Trumps may come in. Cohen's plea deal, which labels an "Individual 1" widely believed to be President Trump, states that Cohen "briefed family members of Individual 1 within the Company about the project." According to Yahoo's new reporting, two of those family members may be the first daughter and Donald Trump Jr.

Mueller is looking into the siblings' involvement with the development, per Yahoo. Bustle has reached to the White House, the Trump Organization, and the attorney of Trump and her husband Jared Kushner. The lawyer declined to comment.

Hunter Walker at Yahoo reported that "multiple sources" indicated the brother and sister were also working on Trump Tower Moscow plans that were separate from Cohen's work. One source said that "they were not looking at any other deals after" 2013.

Yahoo reported that Ivanka and Don Jr. were allegedly aware that Cohen continued to work on a Moscow project after 2013, though, and that Ivanka was involved with what Cohen was doing — sources told both that outlet and CNN that her role was very small and involved suggesting architects for the tower.

It remains to be seen whether the attempted Trump Tower Moscow deal could criminally implicate President Trump or his family. The potentially illegal part wouldn't be the fact that Trump tried to develop a property in Russia. It wouldn't even be that he may have lied about it (during the 2016 campaign, he insisted that "I don't deal there").

The real potential for criminal charges lies in whether or not the Russian government used the Trump Tower Moscow deal to hold leverage over Trump while he ran for president. As more information is released about Mueller's investigation, the ultimate implications of the Trump project in Russia will become clear for the president, the first daughter, and others in their orbit.