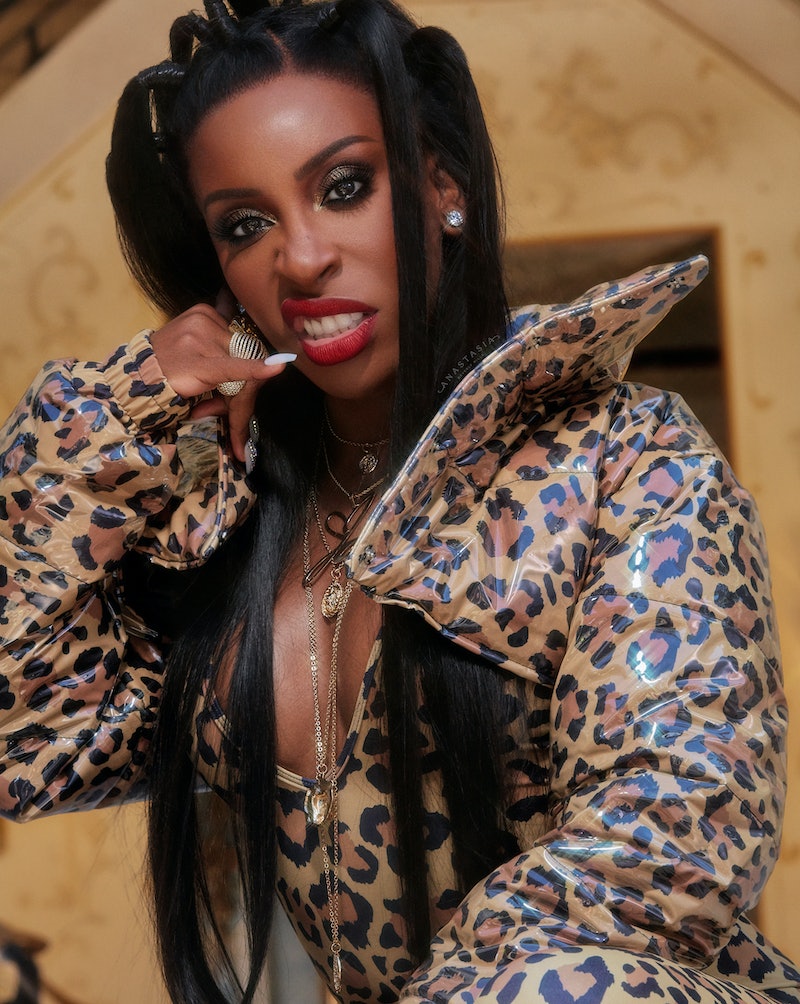 If you anything about YouTube beauty gurus, then you know Jackie Aina is one of the funniest ones in the bunch. Between singing her iconic "Jackie" opening theme song before every makeup tutorial and becoming an NAACP Award recipient, the YouTuber designed a Jackie Aina x Anastasia Beverly Hills Eyeshadow Palette. And it’s one you’ve been waiting for.

Aina has been keeping her lips tight on this launch for some time, revealing that she’d been wearing the palette for almost a year in her video announcement of the palette. The YouTube star also revealed in her announcement that she had begun production on the palette shortly after ABH President Norvina had launched her eyeshadow palette. Aina explained that her reason for collaborating with ABH was because she was a fan of the brand’s eyeshadow formula, but felt like something in the brand’s popular palettes was missing.

The Jackie Aina eyeshadow palette captures the essence of the makeup gurus humorous personality, while offering the most chocolate girl-friendly shades. The palette still features 14 shades that are usually offered in an ABH palette, but with Jackie Aina pinks, purples, browns, golds, and shimmery duo-chrome shades to complete colorfully, wearable looks for deeper skin tones.

The Jackie Aina x ABH Eyeshadow palette will be available on AnastasiaBeverlyHills.com on Aug. 6 and in stores and at U.S. retailers starting Aug. 15. However, fans can get early access to the palette starting Aug. 5 with a shopping link on Aina’s Instagram.

The palette reveal comes to fans just in time for Aina's birthday, and this could not be a better gift from her to her fans.

As explained in the palette reveal video, the palette is comprised of pressed pigments, foils, and shimmers. Plus, the names in the palette are straight out of Jackie's personality, featuring shades like "Zamn," a rose gold shimmer, "Edges," a matte orange-like brown, "Dwollahs," a gold-to-green shimmer, "Big Wig," a rich matte purple, and "Wiggalese," a berry red shimmer.

"This palette is just an ode to my chocolate girls, my chocolate boys, and anybody who really wants to be able to say that they have lots of different colors to choose from," Aina said in her video announcing the product.

From explaining her issues with shade diversity in complexion products to how nude isn't a universal term, Aina started her career on YouTube championing for more representation — and she hasn't stopped yet. In doing so, Aina earned herself an NAACP Image Award in 2018 for YouTuber of the Year and Women's Wear Daily Influencer of the Year in 2018.

Jackie Aina has made huge leaps and strides to transform the makeup world into a more inclusive space for dark skin. And for that, brown skin girls, boys, and people will keep singing that catchy tune for Aunty "Jackie, Jackie, Jackie, Jackie."

More like this
This Week’s New Makeup Releases & More Beauty Headlines
By Audrey Noble and Erin Stovall
Caliray's New Surfproof Setting Spray Is The Ultimate Skin Refresher
By Olivia Rose Rushing
Kim K, Oprah, & Jennifer Lopez Celebrated 25 Years Of Anastasia Beverly Hills
By Olivia Rose Rushing
The Best Beauty Looks Spotted At Paris Couture Week 2023
By Audrey Noble
Get Even More From Bustle — Sign Up For The Newsletter
From hair trends to relationship advice, our daily newsletter has everything you need to sound like a person who’s on TikTok, even if you aren’t.