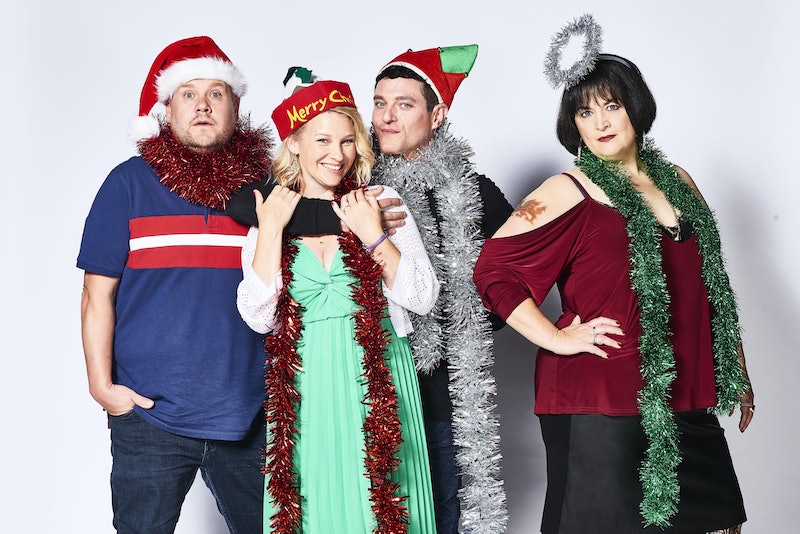 With the festive season on the horizon, the highly-anticipated Gavin & Stacey Christmas special is almost here, and following the release of the special's sneak-peak trailer, fans of the hit BBC sitcom got their first glimpse at the show's revival. However, behind the scenes things weren't always running so smoothly, and creators Ruth Jones and James Corden have revealed how they feared the first draft of the Gavin & Stacey script was not good enough.

During an interview with the Radio Times, Corden and Jones, who portray the characters of Smithy and Nessa in the much-loved series, touched upon the issues they faced during the special's writing process, and discussed their naivety when it came to completing the script's first draft — which both agreed simply wasn't "good enough." After flying out to Corden's Los Angeles home, the pair got to work on the Gavin & Stacey special nearly a decade after wrapping up the series for good, and speaking to the publication, Corden explained how they found it difficult to balance the storyline with the characters' quirks, and revealed that they'd confused themselves into thinking there "needed to be an absolute narrative arc."

The Late Late Show host went on to discuss how an overload of ideas in the original script left "no room for the characters to breathe," and after writing around 40 pages, both Corden and Jones agreed the script wasn't good enough, as it didn't "feel like the show." As the Radio Times reports, the pair took a 24-hour breather, and tried to figure out what was missing from the story during a dinner with their parents, Julia Carey and David Peet. Thankfully, the co-creators did eventually "identify what it was," and concluded that "there needed to be a heart to it, a big moment that resonated."

As iNews reports, a sneak-peak trailer for the Gavin & Stacey Christmas special has finally dropped, and fans got an exclusive look at their favourite characters for the first time in almost 10 years. Following Corden and Jones' recent comments surrounding the special's conception, it appears longtime fans have a lot to forward to, and you can catch the sitcom's festive comeback on BBC One's Christmas Day lineup.