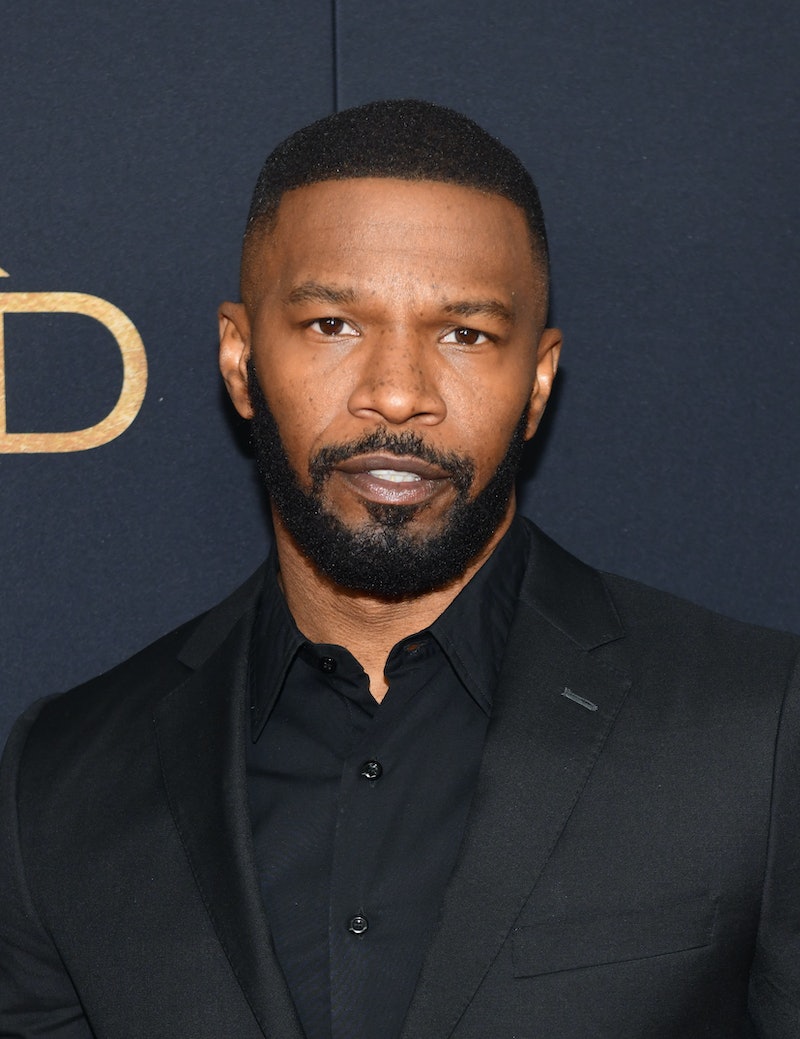 The news was revealed Thursday, April 18 during Jimmy Kimmel Live. Kimmel had first announced the reboot in May 2017, Variety reported, but it looks like it's taken a while to get everything in order for the special. There's not much longer for fans to wait until it airs, though: The ABC special will take place on May 22.

And in addition to Kimmel and Foxx, there are plenty of big names attached to the project. Wanda Sykes will star alongside Foxx as Louise Jefferson, and One Day at a Time's Justina Machado will play Florence Johnston. For the All in the Family reboot, Marisa Tomei will play Edith Bunker, and Ellie Kemper will be Gloria Stivic. Variety also reported that Will Ferrell, who's one of the executive producers on the special, will play Tom Willis, a character from The Jeffersons who also appeared in the All in the Family pilot for the spinoff series.

"The fact that a group of Oscar winners eagerly agreed to play these iconic characters is a testament to the greatness of these shows and their creator, Norman Lear," Kimmel said in a statement provided to Variety. "To be a part of this is a dream come true for me and for everyone involved."

Lear also issued his own statement to challenge the idea that the sitcoms wouldn't sit well with modern audiences. He told Variety,

"They have said over and over again that these two shows were meant for the '70s and would not work today. We disagree with them and are here to prove, with two great casts depicting All in the Family and The Jeffersons, the timelessness of human nature."

Based on that statement, it doesn't sound like the special will be a parody of the original series, but rather a straightforward take on the classic sitcoms starring some of today's most popular actors. It's not clear which episodes the new actors will be performing live, but it will be interesting to see how they address any lines that would be considered problematic by today's standards.

As journalist Sascha Cohen explained in Smithsonian magazine last year, Archie Bunker is an especially polarizing figure in TV history. Cohen notes that while Lear intended the character to be "a device to make racism and sexism look foolish," the show's critics have argued that he was still likable, and that many fans empathized with his bigotry. And it's possible the recreation will acknowledge some of that controversy.

Still, the two series are among the most famous in American TV history, and it sounds like the upcoming special will be fun for viewers of all ages. Whether or not fans caught the shows during their original runs, it will be fun to see some of today's A-listers take on the classic roles.