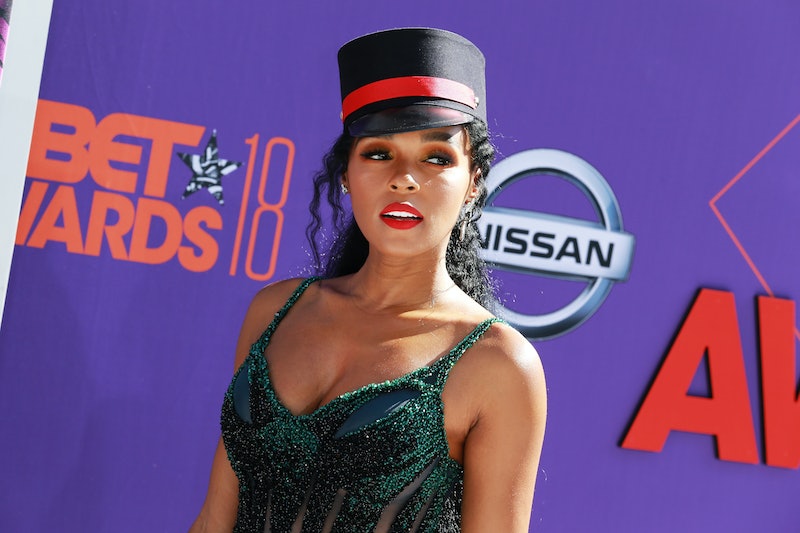 It feels like forever since fans last bore witness to Janelle Monáe doing her thing on the big screen. Of course, the triple-threat has been pretty busy lately — what with her Grammy-nominated album, and all — which makes Tuesday's news of Janelle Monáe joining the Harriet Tubman movie even more exciting, announced in a press release on Oct. 2. As if audiences needed another reason to keep an eye out for this film, whose historical premise and star-studded cast of characters (Monáe included, obviously) promises import, emotion, and artistry all at once.

For those who haven't yet heard about the upcoming Harriet Tubman biopic, titled Harriet, it's probably worth noting here that not too much has been revealed thus far about the specifics of the film's premise or the characters who will eventually bring it to life. (Makes sense, since the movie hasn't started filming yet.) Characterization aside for now — we'll get there in a minute — what we do know of Harriet's eventual premise suggests the biopic, as its genre distinction implies, will draw most of its storylines from real-life events.

Per a press release from Focus Features (the film's distributor) Tuesday, Oct. 2, Harriet is, quite appropriately, "based on the story of iconic freedom fighter Harriet Tubman." Continuing, the write-up went on to describe those historical events that will be reimagined in the movie in a bit more detail. To that end, it read:

Harriet follows Tubman on her escape from slavery and subsequent missions to free dozens of slaves through the Underground Railroad in the face of growing pre-Civil War adversity.

Think you've heard this story before? Read about it in a history textbook, maybe? Some comments from two of Harriet's producers to Deadline earlier this month informed the biopic's forthcoming audiences that, while they might think they know Tubman's life story already, in reality, they probably don't. Per Deadline's report, they said,

"While Harriet Tubman is a household name, most people don't know the breadth of her story – not only was she a conductor on the Underground Railroad, but she was a spy for the Union army and remains one of the few women to have led an armed expedition in US history."

Seeing such an important narrative unfold on the big screen should definitely be reason enough for audiences everywhere to eventually go and watch it. Again, that could be a little while (or a long while, rather) from now, since Focus Features' press release explicitly noted that Harriet "is set to begin filming this October" in Virginia, not far from the Maryland County where Tubman was born back in 1820. Still, it's never too early to start getting excited about a great movie.

Unfortunately for those of us who'd like to know every last detail about the upcoming project ASAP, there isn't much more information about Harriet's plot available for future audiences to chew on just yet. (Though, after reading Focus Features' description, hopefully most people get the point, at least in broad strokes.) Which means there also isn't much more information floating around with regard to its characters. Beyond the fact that Broadway luminary Cynthia Erivo will star as Tubman, that is.

But even though Harriet's character breakdown hasn't been released, the bulk of its cast list is already out. Suffice to say, Monáe and Erivo are certainly not the only names worth an exclamation or two. In addition to the powerhouse duo, Harriet will feature the likes of Leslie Odom Jr., Joe Alwyn, Jennifer Nettles, Clarke Peters, Vanessa Bell Calloway, Zackary Momoh, Deborah Ayorinde, and Vondie Curtis-Hall.

Need any more reasons to watch Harriet whenever the biopic eventually sees its wide release? You shouldn't. As far as its cinematic merits are concerned, Monáe's inclusion (while seriously exciting, for obvious reasons) in the film only feels like the tip of the iceberg. With that said, here's to really hoping this means there's some sort of Monáe-Erivo musical mashup headed fans' way sometime soon.