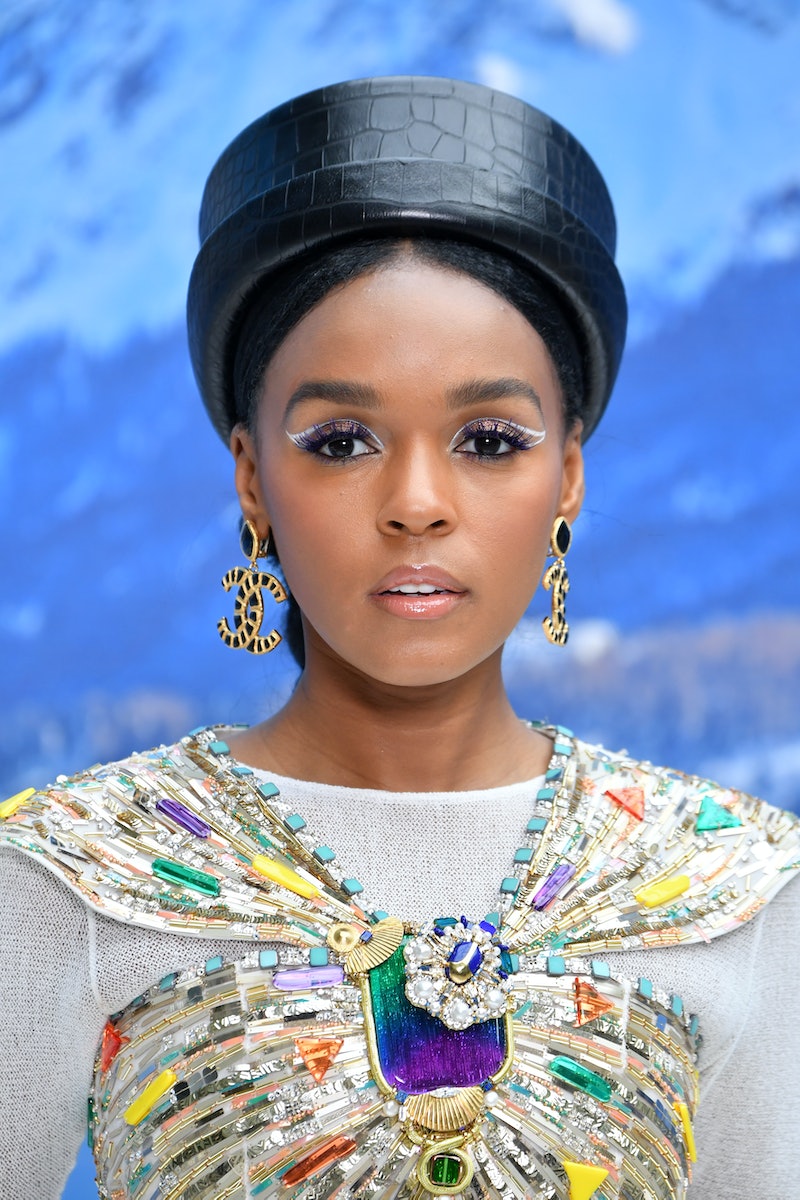 In this letter, writer Vera Blossom tells Janelle Monae how the singer impacted the diversity of her style.

Growing up in the 2010s meant that I spent a lot of time on Tumblr admiring photos of models draped in extravagant garments and bespoke suits. The high drama and androgyny of the clothes I searched for left me both fascinated and envious. The models I saw just had this ability to play with both campy masculinity as well as demure, ingenue femininity; something I only ever imagined coming to life through the drawings in my sketchbook.

But instead of indulging myself in the frilly tops or three-piece suits I found at thrift stores, which mimicked what I saw online, I gave myself a uniform — one that I thought was unassuming and neutral in the most boring sense of the word. It consisted of an oversized black tee and black jeans or cargo shorts, and acted sort of like a suit of armor. It allowed me to make a distinct choice about my style, while relieving me of the pressure of being truly visible.

When I was a teenager, I thought I was just this nerdy, Filipino kid, and tried to hide myself in these extra large T-shirts; hoping no one would see me for what I am beneath the fabric. My black shirts, and commitment to unexceptional clothing, sent a message out to everyone: “There’s nothing to see here, please move along.” To this day, I'm still not sure why I thought this way, but perhaps it was because I felt I was undeserving of the fun and outlandish clothes that I really wanted to wear. Or maybe, I was just afraid to put them on.

But Ms. Monae, your uniform changed the way I looked at how I chose to dress. I remember you opening up about your style at the 2012 Black Girls Rock award show, and your words moved me. “When I started my musical career I was a maid, I used to clean houses," you revealed. "My mother was a proud janitor, my step-father who raised me like his very own worked at the post office and my father was a trash man. They all wore uniforms. And that’s why I stand here today in my black and white and I wear my uniform to honor them." That night, you bravely opened up the fact that the black and white suits were a tribute to your working class family, and what you said meant the world to many other woman from a similar background.

As someone with parents who worked 40 to 60 hours a week, at emotionally and physically taxing jobs, seeing a super visible woman like yourself make such a bold statement with her body and clothes made me feel seen. My mom made a living as an overextended medical assistant at a small private practice, while my dad worked his as a lead custodian at various hotel casinos.

It's not that they weren't proud of their work, or that I wasn't — in fact, I'm incredibly proud of the work they do. But, seeing someone like me out there in the spotlight helped me realize that I could dream beyond my current reality. Growing up, I thought that my future would be similar to my parents' lives. I didn’t think I could ever — or that I even deserved to — work in the creative world until I saw the way you navigated that path, all while dressed in a uniform.

Fashion was something I so eagerly wanted to participate in, but I didn’t feel like I was good enough to try. When I was younger, my reflection in the mirror wasn’t of myself — the loud and proud queer person I wanted to be. It was what I thought was some unremarkable, shy little kid with a $10 haircut. Yet, seeing you helped me find myself. It helped me explore my gender and my style more authentically.

On top of that, you sang about liberation and the freedom to express oneself, which continued off-stage, too. You didn't show up to every award show in a standard, made-for-the-red-carpet gown, you created your own lane, and committed to your personal philosophy and style, always remembering your roots.

The self-imposed dress code that you created for yourself was one of the first times I had really seen someone put their politics and identity into their wardrobe. Much like how one would put thought into their art. You understand that fashion in itself can be a form of art and a platform for ideas, rather than just expensive decorations that you put on for clout.

For me, this was a revelation. Before I fully blossomed into who I am today, I thought that caring about fashion and art, and pouring myself into it wholeheartedly, would mean abandoning my heritage or changing into someone my family did not recognize, which scared me. But seeing you in those bespoke suits, embodying a carefree, androgynous spirit, and also putting your own spin on the look — wearing that iconic Afro bouffant — gave me the spark of hope I needed. While my uniform told everyone that I was meant to fade into the background, yours told everyone that you were here to work, be yourself unapologetically, and push back against the status quo of what a woman is supposed to dress like. It left me inspired.

Then at the 2014 MET Gala, you showed up in your traditional black suit, except this time you were covered in a beautiful and vibrant red shawl. After that moment, I remember you started incorporating more red into your outfits, until eventually you broke completely free of that trademark black-and-white uniform look, and embraced the whole rainbow.

After watching you that night, I shed my uniform, too. I decided to leave those baggy T-shirts, jeans, and cargo shorts behind. Instead, I decided to start wearing fluorescent pastel tops, pink shorts, platform shoes, and whatever else I fancied. It was truly liberating.

But this self-confidence began to wane after I graduated high school and saw my friends less often. I put myself into corporate environments and into food service jobs, where my work uniform made me indistinguishable from anyone else again.

However, I went through yet another style metamorphosis recently. When I came to realize that I was trans, I began a new style journey, similar to the one I went through nearly a decade ago. And I’ve been breaking out of my corporate uniform — a cisnormative dress code that I thought I needed to adhere to. Now, I proudly explore style on my own gender agnostic terms. It’s been hard, often coming with the hard-to-parse gawking from strangers, but I’m grateful that you helped create a space that made me feel free enough to explore my own style and liberate myself from the confines of gender restrictions and binary style. You have worked against the status quo of what a woman, a queer person, or anybody, needs to look and dress like. And for that, I am eternally grateful. Thank you, Ms. Monae.