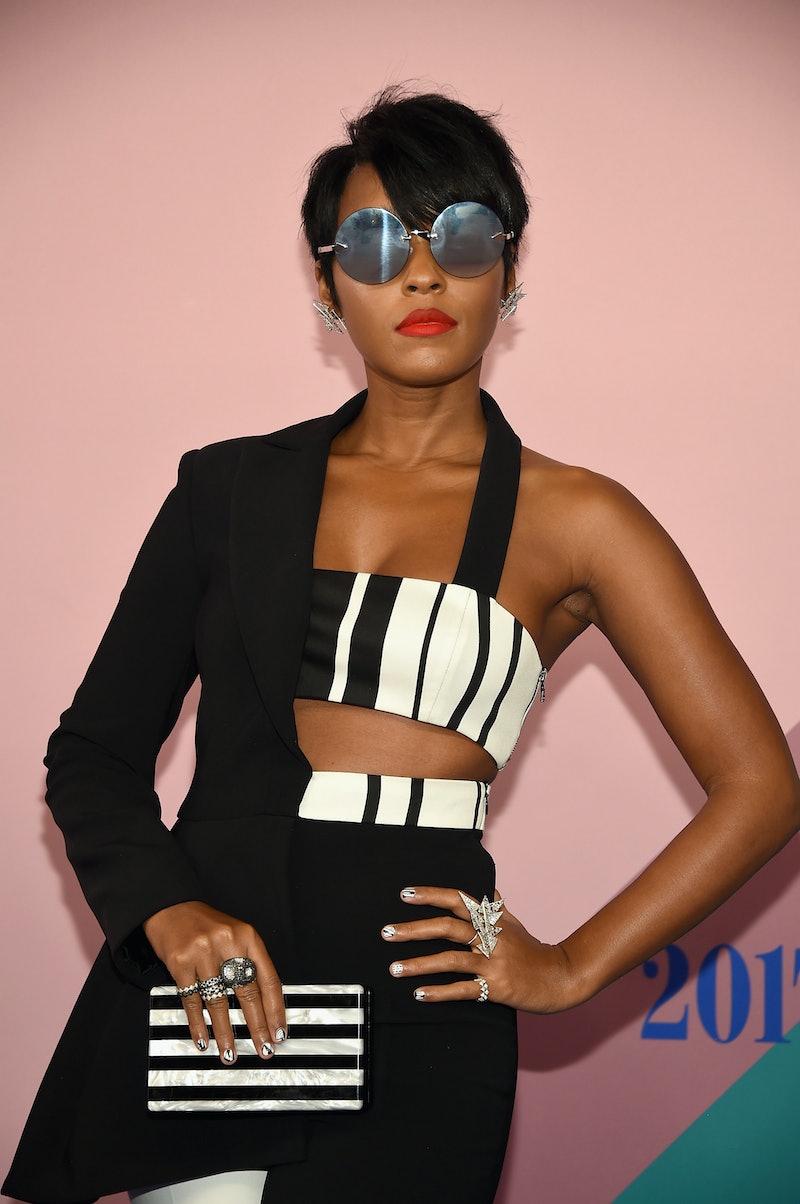 The CFDA Fashion Awards are like the Oscars of fashion, at least that's a joke Seth Meyers made Monday night during the show, but he's right. Which means that if your outfit stands out at the CFDA Awards, you must be doing something right. Janelle Monae's 2017 CFDA Awards outfit did just that — people could not get over how cool she looked in her asymmetrical ensemble.

Monae attended the 2017 CFDA Awards in a super cool black and white jumpsuit and gigantic round sunglasses. Her jumpsuit had one long sleeve that almost looked like it belonged to a blazer, but rather connected to the pants —which had one striped leg and one solid black leg —and the striped bra top. Monae also carried a matching striped clutch, because that's just how she rolls.

She paired her black and white look with several chunky rings, statement earrings, and a bright red lip, to really pull it all together. I'll be honest, Monae's look is probably my favorite of the night.

Monae was presented an award alongside Cecile Richards, the president of Planned Parenthood, and iconic feminist Gloria Steinem, for their contributions to the fight for women's rights, which is pretty big honor, especially when those two women are your co-honorees.

I'm calling it: This is the coolest look of the night.