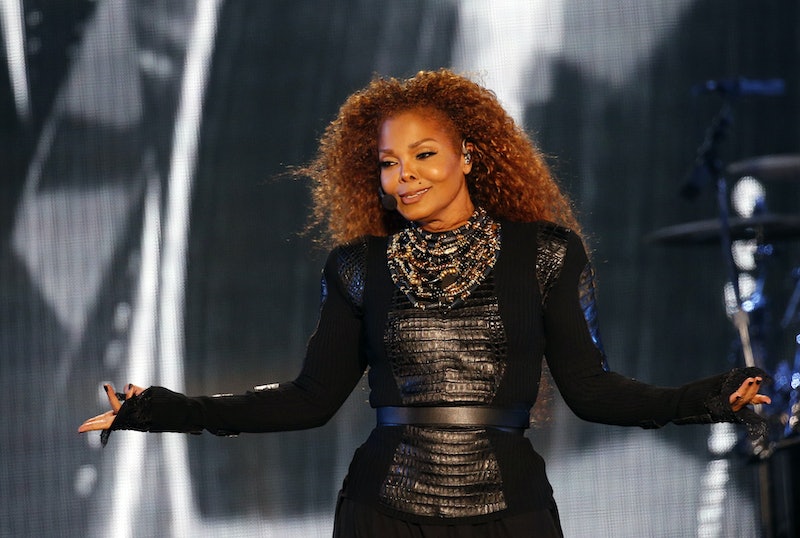 Another pop star has added "parent" to her list of titles. Janet Jackson welcomed a baby boy with her husband, businessman Wissam Al Mana, her rep confirmed with People. Jackson's rep said in a statement, "Janet Jackson and husband Wissam Al Mana are thrilled to welcome their new son Eissa Al Mana into the world. Janet had a stress-free healthy delivery and is resting comfortably.”

Jackson first raised speculation that she was either pregnant, or attempting to become pregnant, in April 2016 when she posted a video announcement explaining that she would be delaying her world tour. Jackson said at the time,

"My husband and I are planning our family, so I'm going to have to delay the tour. Please, if you can try and understand that it's important that I do this now. I have to rest up — doctor's orders — but I have not forgotten about you. I will continue the tour as soon as I possibly can."

In May, Entertainment Tonight sources claimed that the "All For You" singer was expecting a baby, but it wasn't until October that Jackson announced the news herself. She told People at the time, "We thank God for our blessing,” and shared an exclusive photo of her baby bump with a beach in the background looking like a high class glasses ad.

Seeing how private she was in the months leading up to giving birth, it wouldn't be a surprise if Jackson doesn't share photos of her new baby right away. But who knows! I wouldn't put a surprise past Miss Jackson.