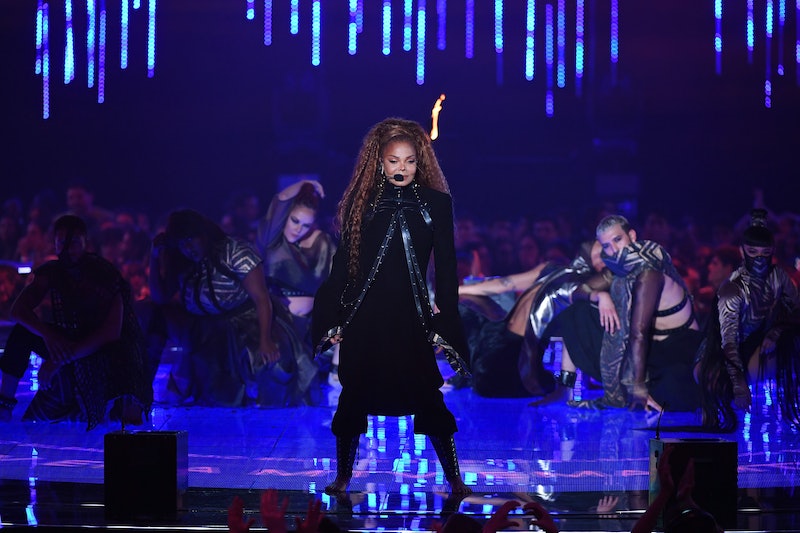 As the youngest child of the Jackson family, it couldn't been easy for her to be overlooked by her brothers, however, Janet Jackson has gone on to create a flourishing music career that's turned her into quite the pop culture icon. And at the age of 52, the singer has absolutely no intention of slowing down. In fact, it was just announced on Tuesday that Janet Jackson is launching a Las Vegas residency that'll kick off in May of this year. Titled Metamorphosis, the show is currently scheduled to run through Aug. 10 and consist of 15 shows total at the Park Theater at Park MGM resort.

But just like Jackson's illustrious career, nothing is ever simply as it seems. These will be no ordinary shows, but go on to tell a story about how the singer transformed into the legendary global figure she is today.

According to the official announcement regarding her Las Vegas residency, as reported by Variety:

“Metamorphosis peels back the layers of the immensely private life of Janet Jackson, sharing her transformation from a young girl with issues of self-esteem to global Icon. The centerpiece of this all new thought-provoking show, will be Janet herself, captivating you through your senses with electrifying visuals, explosive dance numbers, chart-topping hits and fan favorite deep cuts. Fans will follow her path to self-love, empowerment, motherhood and activism, amidst the challenges faced along her personal journey. She encourages her audiences to find their own light within themselves through her Metamorphosis.”

In regards to the whole ticketing process and what fans can expect, Billboard reported that members of Jackson’s fan club will be given access to an exclusive pre-sale to the shows, starting on Wednesday, Feb. 27 at 3 p.m. EST, while Citi cardmembers will receive access two hours later. The ticket price itself starts at $79 and will go on sale to the general public on March 2 at 1 p.m. EST.

So if you're already looking through your calendar, trying to figure out what time this summer works best for you to plan a fun vacation to Vegas with some friends, here are the dates to keep in mind in order to catch Metamorphosis live:

But just in case all of that isn't enough for fans to get excited about, Variety added that Jackson's show will also feature a special 30-year anniversary celebration of the singer's ground-breaking album Rhythm Nation. That means fans will be able to jam out to old favorites while also enjoying some of Jackson's newest hits that are set to debut in the future. A brand new single of hers, “Made for Now,” was released back in August, however, a whole new album is expected to launch at some point this year. Those songs are sure to be part of her Vegas performances.

Needless to say, if there was ever an excuse to head to Vegas for the summer, Jackson just gave all of us the perfect incentive.