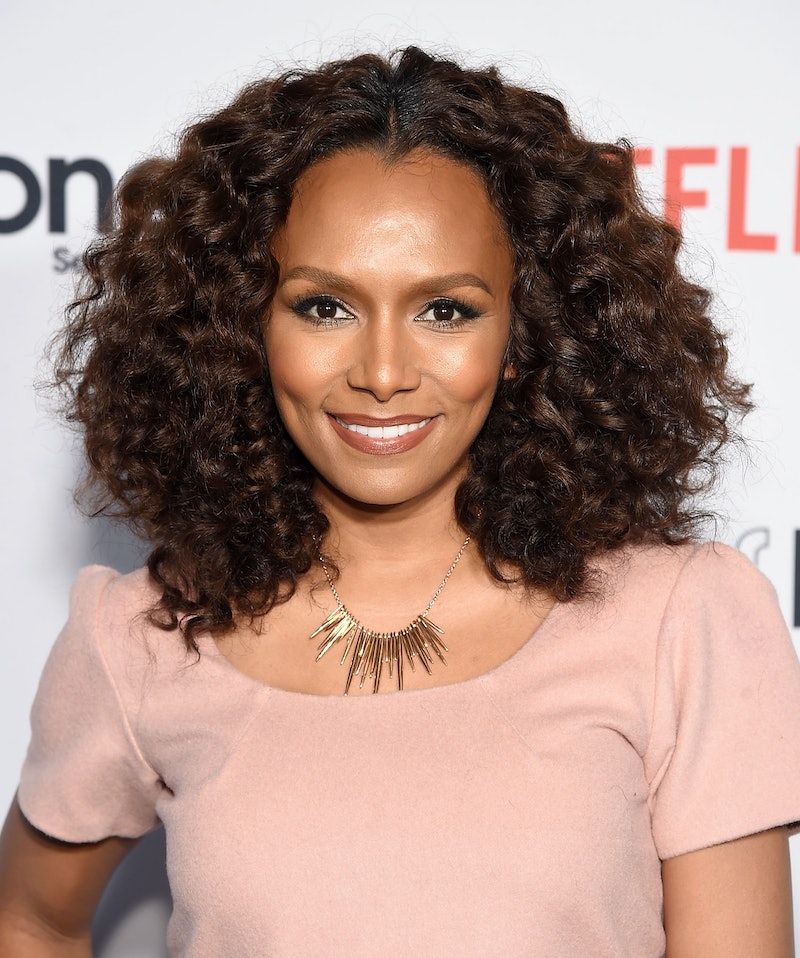 One of the best parts of the 2017 Miss USA pageant? Janet Mock as a judge, obviously. The transgender activist is part of one of the most diverse panels the competition has ever seen — it also includes Somali-American model Halima Aden and “The Real” co-host, Jeannie Mai. Two years after Donald Trump sold the Miss Universe organization, it's clear the Miss USA pageant is making diversity a high priority.

Mock's first statement of the evening was a sartorial one: She rocked a white, tulle gown with serious sleeves that would be the clear winner in any eveningwear competition. Plus, her hair was in a decidedly un-pageantlike 'do — a high pony with tons of texture and a flashy gold elastic. Even though Mock isn't a contestant, her signature curls stand out from the sleek blowouts we usually see on these stages. It's a little thing in the grand scheme of diversity, but between Mock; Miss DC, Kára McCullough; and Miss Delaware, Mia Jones it's clear that the pageant is becoming more open to the idea that good hair can look like lots of different things.

That's a darn good looking panel, no? Let's get a close up on those earrings though.

Those sleeves just get better and better the more you look at them.