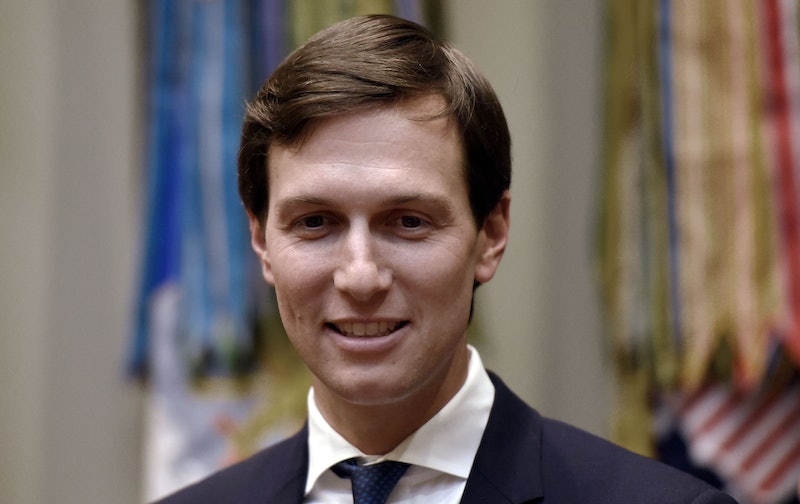 The president's son-in-law, Jared Kushner, was recently thrust into the national spotlight following reports that he had to amend his security clearance federal disclosure form several times in order to add contacts with foreign officials. Kushner claims that his assistant had prematurely submitted the forms, which is why the foreign contacts had to be added later. But what kind of security clearance does Kushner have?

In order to get a security clearance, employees fill out the SF-86, or Standard Form 86. It is a 127-page form that asks employees for everything from addresses and personal information to any contact with a foreign national in the last seven years. They must also give details about extended family, past employers, and past residences.

Federal employees who are also top White House aides and cabinet members undergo an investigation into the SF-86 form information by the FBI. Once that is complete, their security clearance form is passed along to the White House for review, according to TIME.

Ultimately, it's up to the department head to allow or revoke security clearances, and in Kushner's case, that responsibility falls to Trump because Kushner works in the White House.

As a top aid to Trump, Kushner would most likely be approved for a wide variety of information. But even though Kushner has a top-secret security clearance, that doesn't mean he can access anything he wants, whenever he wants. The security clearances are on a need-to-know basis, depending on the situation at hand.

Kushner claims that a "rough draft" of his SF-86 was turned in on Jan. 18 because his assistant mistakenly thought that completed changes meant that the form was ready to send. It was revised, and more than 100 foreign contacts were added. It was revised another time, then once again on June 21. According to CNN, Kushner met with the FBI two days later, on June 23, to interview for the security clearance. The FBI itself doesn't approve security clearances for White House staff, but sends its recommendation to the president for final approval.

Although people have had their security clearances revoked in the past, it's pretty unlikely that President Trump will revoke his son-in-law's.