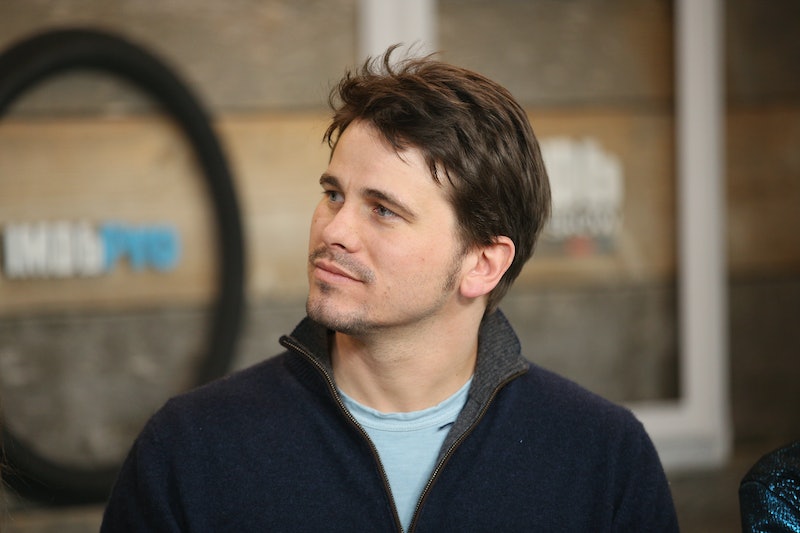 With Season 1's mystery about Jon and Barbara Morgan mostly solved, show creator DJ Nash promised a new mystery for A Million Little Things Season 2 involving Jason Ritter. The Parenthood actor made his first appearance in Episode 2 playing Eric, who's connected to Maggie's mom Patricia in some way. It was not immediately clear who Eric was to Patricia, but Maggie saw them together at a restaurant and looked very upset.

In the episode, Patricia came to visit Maggie, but her trip wasn't entirely about her daughter. She revealed she had just left Maggie's father and was looking to start over in Boston. Gary assumed this meant that Patricia was looking to be closer to Maggie, so he encouraged the estranged family reunion. Gary told Maggie which restaurant Patricia was at and told Maggie to go join her. However, it turned out that Patricia wasn't planning to dine alone like Gary had thought.

At the restaurant, Maggie waited for her mother at the bar and struck up conversation with Ritter's character Eric, whom she believed to just be a stranger also waiting for his table. For a moment, their semi-flirty nature made fans worry for Gary, but those fears were set aside when Maggie got up for a second and turned around to find her mother speaking to Eric. Patricia brushed Eric's hair out of his eyes and lovingly touched his arm while he smiled and laughed. It was clear they knew each other well.

It's possible that Eric is Patricia's new Boston boyfriend, which would explain her sudden desire to move there. But, this show is also known for its twists and turns, so there could be more to the story than that. Maggie's deceased brother Chad came up a lot in this episode, perhaps Eric is a secret child of Patricia's? They didn't kiss or do anything romantic, so it's a possibility. This whole season is about secret paternity issues, what with Delilah lying about her daughter's father and Barbara Morgan lying about PJ's father. Maybe Maggie's family has a secret sibling for her to contend with.

Nash told Deadline that Eric is "a person from Patricia's past," which further hints that he might not just be a new boyfriend. Nash added, "Jason Ritter ... is going to shake things up in a huge way. It's a little bit of mystery we are following in the first half of the season."

TV Line reported that Ritter has been booked for a "multiple-episode story arc." And Nash told Entertainment Weekly that, even once the Eric mystery is solved, the impact of his character won't go away in the rest of the season. "It's a character that comes up based on stuff from the first season," Nash said of Eric. "Throughout the first half of the season, we follow the question: Who is this person? And then once it's known who they are, their potential to shake up the world comes."

It seems like the puzzle of his identity will be put together by Episode 4, because the synopsis says, "Maggie is shocked to learn Eric's true identity." Maggie's face watching her mother and Eric at the end of Episode 2 made it seem like she thought they were dating. That's a natural guess, considering that Patricia did just leave her husband. But if Maggie comes to be shocked by Eric's "true identity," then he may not be a boyfriend after all. A boyfriend would probably upset Maggie, but not shock her. There has to be more to Eric than what the storyline currently wants fans to believe.

A Million Little Things built its premise on mystery and intrigue, so it's no surprise that Season 2 is keeping us guessing from the get go. And when Eric's identity is revealed in Episode 4, it'll probably shock everyone watching too — not just Maggie.