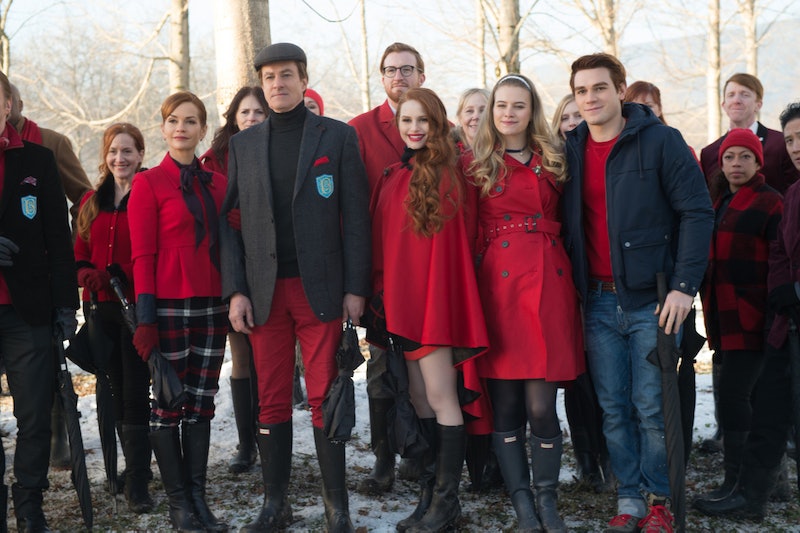 Riverdale has obsessed fans with a keen sense of style, a fresh take on the Archie comics, family feuds and duet betrayals. It's easy to forget that there's an unsolved murder mystery, but not anymore. Major spoilers for Riverdale ahead! Finally, Thursday's episode revealed that Clifford Blossom killed Jason on Riverdale. After the episode shifted suspicions to pretty much every adult character in the show

Early in the episode, Jughead's dad confessed to killing Jason — but nobody except the Blossom family (and Juggie himself) was buying it. Veronica and Archie know he was framed, and Betty believed them. Then it got weird. Hal Cooper revealed that his family used to be part of the Blossom family. Polly and Jason were third cousins?! Nothing like a little light incest to spice things up! That's why Polly and Betty's dad didn't want them together. You'd think Papa Cooper would have mentioned that.

Next, Joaquin confessed to helping F.P. dispose of Jason's body. He gave Kevin some information which lead to the gang finding Jason's letterman jacket... which lead to them discovering a flashdrive with security camera footage that revealed Clifford as his son's killer. Brutal! Sure, F.B. and Mustang both conspired to kidnap him, but it was the paterfamilias himself who pulled the trigger.

There was no audio on the footage, so we don't know why Clifford killed Jason. Cheryl seems to think that he found out something about the family business, and the end of the episode seems to suggest that as well. When Betty called Cheryl to tell her to get out of her house, she was surprisingly calm. Perhaps she was already hip to this deadly info.

I'm still not convinced that the Lodge family had nothing to do with this. There's too much shady business going down in Riverdale, and there must be a reason that Jason's killer was revealed in the penultimate episode and not the finale. More information is coming. Learning who killed Jason was only the beginning.