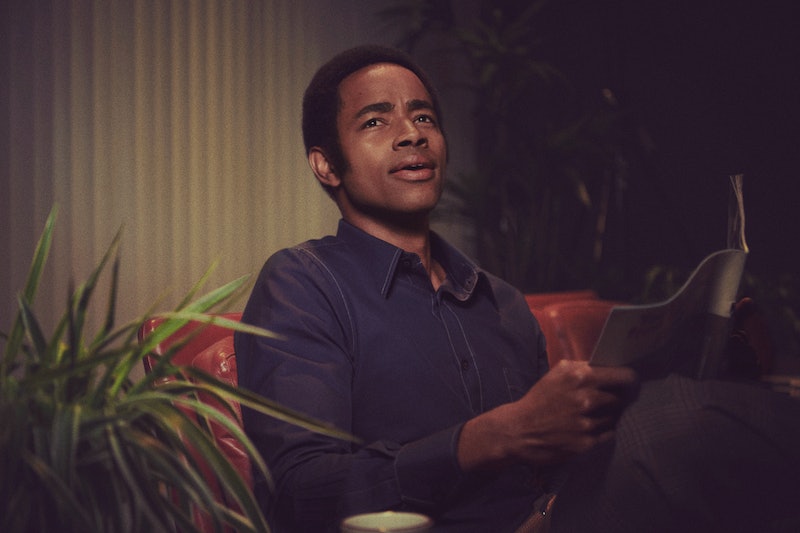 FX’s new miniseries Mrs. America focuses on the movement to ratify the Equal Rights Amendment, not only delving into the life of grassroots conservative Phyllis Schlafly (Cate Blanchett), who opposed it, but also of those who fought to pass it. And the biggest name in the fight for the ERA is undoubtedly the now-iconic political activist Gloria Steinem (Rose Byrne), who can be seen balancing her political ambitions with her personal life as she carries on a relationship with a man who supports her career. However, a lot less is known about Gloria Steinem's former love interest Franklin Thomas (Insecure's Jay Ellis). But while he may not be the household name that Steinem is, he’s made a prominent impact on the world.

Born in Brooklyn, New York, Thomas received his college degree from Columbia University in 1956 and served in the United States Air Force as a Strategic Air Command Navigator, eventually getting promoted to captain. From there, he attended Columbia School of Law and held many prestigious positions throughout his career, including assistant U.S. attorney for New York as well as president and chief executive officer of the Bedford-Stuyvesant Restoration Corporation. But it wasn’t until 1979 that Thomas truly made history by becoming the first African-American president of the Ford Foundation — a job he held for almost two decades.

In fact, Thomas’ contributions to history were so profound that he was recently honored with a live special in 2017, titled An Evening With Franklin Thomas, which looked back on all of his accomplishments and featured multiple presenters to sing his praises, including Steinem herself.

Though their romantic relationship was short-lived, Steinem once referred to Thomas as “the longtime love of my life, and best friend,” according to The New Yorker. She also once paid tribute to him on her official Facebook page, quoting some of his words on race and gender equality.

"If the struggle of the last decades was against the colonialism that allowed one nation to rule another, the current and future struggle will be about the internal colonialism that allows one race or one sex to dominate another,” Steinem quoted of Thomas. “One day your descendants will think it incredible that we paid so much attention to things like the amount of melanin in our skin to the shape of our eyes or our gender instead of the unique identities of each of us as complex human beings."

Clearly, there’s a lot of mutual admiration and respect between these two even now, which will make learning about the beginning of their relationship all the more fulfilling.