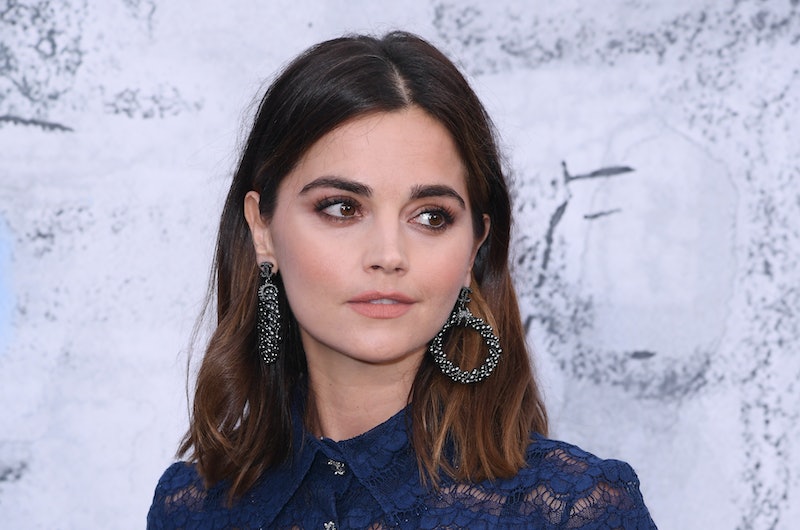 Jenna Coleman has become one of Britain's most sought-after actors, and she's only gone and landed yet another lead role in a drama series. After delivering an emotional and raw performance in last year's The Cry, and leaving her post as the young Queen in Victoria, the actor will be adding another series to her roster. Jenna Coleman will star in The Serpent, a crime drama co-produced by BBC One and Netflix, and it sounds like an amazing new gig.

Following the real-life crimes of serial killer Charles Sobhraj (played by Tahar Rahim), Coleman is set to portray Sobhraj's "partner and frequent accomplice," Marie-Andrée Leclerc, the BBC announced via a press statement. The two actors are joined by Billy Howle (who has starred in Dunkirk and On Chesil Beach) and Ellie Bamber (Nocturnal Animals and The Falling), who will play Herman and Angela Knippenberg, respectively — a couple that become intricately woven into Sobhraj's world of crime.

The BBC first confirmed the series in June, when they announced that Rahim would be starring as the series' lead. "I am thrilled to play Charles Sobhraj in The Serpent, a role I have dreamed of portraying since I read a book about him when I was seventeen years old," Rahim said. "I couldn't be happier to make it under the direction of Tom Shankland and writers Richard Warlow and Toby Finlay."

According to iNews, "Sobhraj is said to be one of the world's most elusive killers" after allegedly murdering more than 12 people "on the so-called 'Hippie Trail' through South-East Asia." After serving 21 years in prison, Sobhraj was released in 1997 only to be arrested again in 2003 by Nepalese authorities. As the newspaper reports, Sobhraj was then "sentenced to life imprisonment for the murders of American 29-year-old Connie Bronzich and Canadian 26-year-old Laurent Carriére."

As Digital Spy notes, the eight-part series will follow how Sobhraj became "the chief suspect in the unsolved murders of up to 20 young western travellers across India, Thailand and Nepal through 1975 and 1976", and Herman Knippenberg's efforts to "bring Sobhraj to justice for his terrible crimes."

Speaking the BBC, Preethi Mavahalli, executive producer for Mammoth Screen said: "I'm delighted that Richard [Warlow] and Toby [Finaly]'s exceptional scripts for The Serpent have attracted a cast of such extraordinary calibre. As we begin filming all the elements are in place to respectfully bring Herman Knippenberg's brave and determined story to screen."

Speaking of her role, Coleman described how the series immediately captured her attention. "The Serpent intoxicated me into the dark seductive world of Charles Sobhraj," the actor told the BBC. "I'm so looking forward to delving into the hippie trail depths and bringing to life this unfathomable real life story alongside Tahar, Billy, Ellie, Tom, Richard and the wonderful cast and production team for the BBC and Netflix."

The Serpent will air on BBC One, and on Netflix outside the UK. I reached out to the BBC for more info regarding when the show will come out, and a rep tells me that a date hasn't been confirmed. But watch this space, as you won't want to miss out.