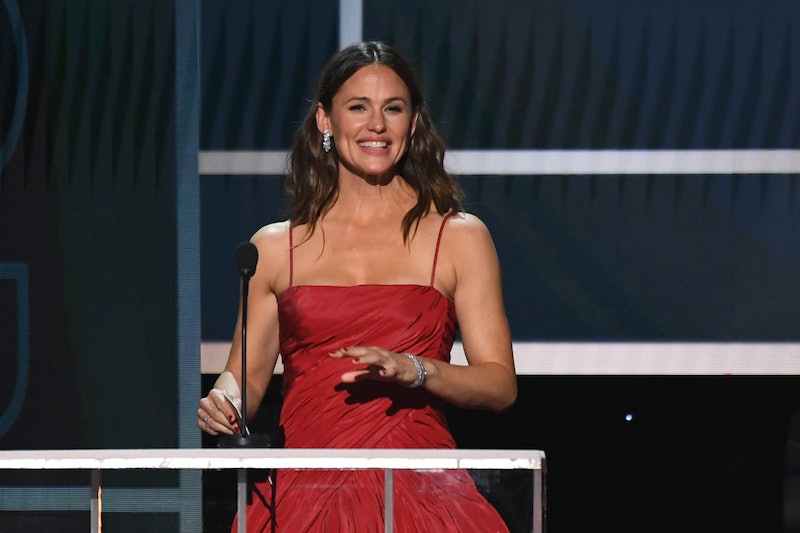 Just in case you needed any further proof of her status as one of the nicest women in Hollywood, Jennifer Garner recently offered advice to a fan who split from her husband after allegedly suffering through years of emotional abuse. The topic was broached shortly after the 13 Going on 30 star posted a series of quarantine photos of herself on Instagram, which showcased her donning a variety of silly styles. It was then that one follower took to the comments section to commend Garner for her admirable outlook on life, and admitted she wished that she could follow in her footsteps.

"I wish I had your happiness and feeling of security," the woman stated. "And I don’t say that resentfully because you present yourself as a good and kind person. Your actions show you to be good and kind." The fan went on to detail recent struggles she'd been facing in her marriage, explaining how she had "finally gotten the courage to tell my husband to leave after years of emotional abuse and I feel like I will never find happiness or security." And while she respects the unending positivity Garner has demonstrated in the wake of her own split from Ben Affleck, she isn't sure she'll ever be able to get to that point.

It would've been easy for Garner to ignore this woman's comments and go on with her day, but instead, the 48-year-old actor opted to respond with some words of encouragement. "Your heart sounds heavy, I am so sorry. Hopefully you have powerful women in your corner, reminding you of your strength and your worth," Garner stated, before giving some heartfelt breakup advice. "Hopefully, you are able to calm your mind and heart with prayer/meditation/exercise/art. Laughter will come and really--it is worth fighting for," she wrote. "Until then, all of my love."

Garner, of course, speaks from personal experience, having divorced Affleck in 2018 after 13 years of marriage. The two of them have remained on good terms, though it was undoubtedly a difficult situation to go through for both of them, especially while being so prominently in the public eye.

Between the ongoing pandemic and systemic racism plaguing this country, human decency can sometimes feel in short supply. But thankfully there's people out there like Garner who remind us that sometimes even a small gesture can go a long way.