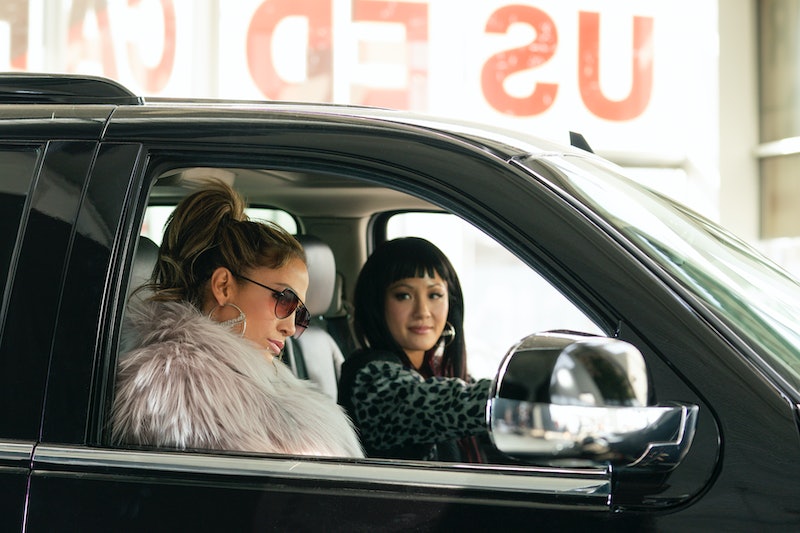 Jennifer Lopez does what she wants — even if it means receiving almost nothing in return. In a new interview for GQ, published on Monday, Nov. 18, Jennifer Lopez said that she wasn't paid for Hustlers — at least not much. The star revealed that she took on the role of Ramona in the highly acclaimed film for "free," and produced the film because she believed in it just that much.

Lopez recapped some of the biggest moments of her career in a video for the magazine, and when asked about Hustlers, she explained that it was truly a labor of love. In the hit movie, Lopez played Ramona, the powerful boss of a group of strippers who coerce men out of their money — a process that involves drugging them — to support themselves. The role has earned her major awards buzz, so it's not all that surprising that the triple threat took the role not because of the paycheck, but because of the material.

"I didn't get paid a whole bunch of money for Hustlers. I did it for free and produced it," she told GQ. "I bank on myself, you know? That was like 'Jenny from the Block'. I do what I want, I do what I love.” Bustle has reached out to Lopez' rep for clarification, but did not receive an immediate response.

The multi-talented superstar also revealed that it was difficult for her to get into Ramona's financially-inclined mindset because she's always been motivated by her passion for the arts rather than money during her career. "She's, you know, a bit of an entrepreneur, I like to say," she said. "Money is her main objective. I've never been motivated by money. I've always been motivated by, I want to be a great actress, great singer, great dancer... and the money came along with that."

While she didn't take home a big paycheck for Hustlers, her decision still paid off in other ways. After the film's release in September, it was an immediate success, surpassing expectations at the box office and receiving glowing reviews from critics. The film's praise was especially important since it was created and led mostly by women, and female viewers went to the theater in droves to see it. "It became a movement, it wasn't just a movie," Lopez proudly noted to GQ. "This is our movie, where we run sh*t. They know it's all women producers, woman director, woman writer, all women starring in it, and they've kind of taken ownership of that."

Lopez's bet also paid off big-time given that she's already receiving huge Oscar buzz for her performance. When GQ asked if winning the Oscar would be her next huge career moment, she laughed off the suggestion, but not without acknowledging the award's prestige. "I'm really happy that people even have me in that conversation," she said. "That feels good." Oscar winner Jennifer Lopez? We would like to see it.

More like this
J.Lo Wants To Make A Sequel To This Movie With Ben Affleck
By Jake Viswanath
Keke Palmer Paid Tribute To "Other Half" Darius Daulton After Announcing Pregnancy
By Jake Viswanath
'The Holiday' Director Just Addressed *Those* Sequel Rumours
By Sam Ramsden
Keke Palmer Finally Showed Angela Bassett Her Famous Impression Of Her
By Stephanie Topacio Long
Get Even More From Bustle — Sign Up For The Newsletter