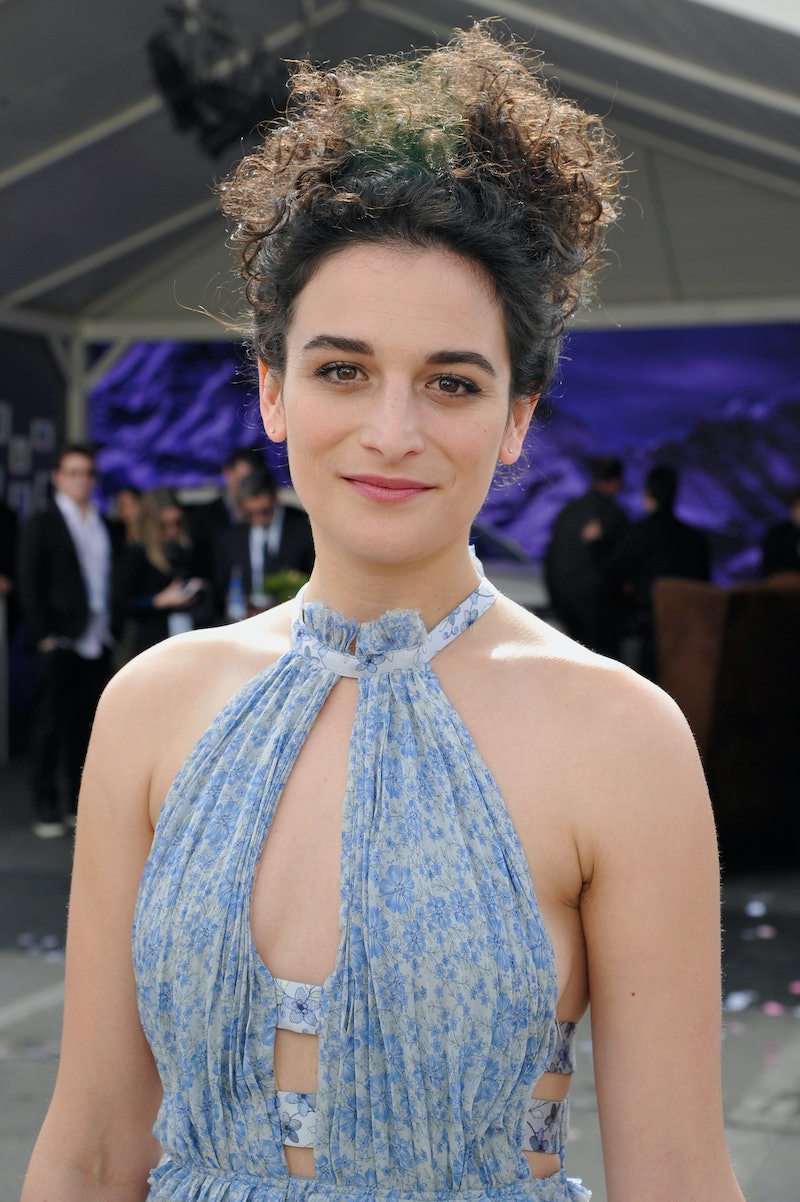 Going through a breakup in the public eye is unfathomable for those of us outside of Hollywood. However, reemerging from heartbreak and finding the strength to move on is a pretty universal experience. Although actor Jenny Slate split from action star Chris Evans, she took a lesson from her days on Parks and Recreation and decided to "treat herself" to a new apartment for a fresh start. The comedian opened up to Vulture about how she combatted her loneliness with a little help from her friends and purged almost "everything she owned."

Slate said, "I was like, 'You need all new things. You are a working woman. Maybe this is an indulgence, but just start over.'"

The Obvious Child star admitted she found herself weeping to You've Got Mail more times than she could count and sending S.O.S. texts to friends such as Mae Whitman when she felt lonely. Yet her "indulgence" in a one-bedroom in the Silver Lake neighborhood of Los Angeles, decked out in floral-print pillows, is more than a greedy extravagance. Slate said renting a new apartment and decorating it the way she always wanted to symbolized her new-found freedom.

She told Vulture, “I’ve never lived on my own, because I really did go from one relationship to another my whole life, so I’ve never had a chance to go really girlie.” Slate was married to editor and director Dean Fleischer-Camp prior to getting with Evans. But now, after such a high-profile breakup, she's doing Hollywood her way.

Like anyone who's broken up with a partner, Slate is simply picking up the pieces and plotting her next move. Since she is busy and has her new film Gifted coming out in April, she can't spend too much time in despair. Instead, she's stepping "into the light" and enjoy the pleasure of her own company. She said,

Slate's optimistic outlook on life after love may sound like a difficult mindset to attain. Would it be much easier, and far more satisfying, to sit on a couch in your pajamas, blasting Alanis Morrisette, and eating Ben & Jerry's? Of course. But it's also OK to "Treat Yo' Self" in a different way. What's inspiring about Slate is that during her whirlwind, tabloid-filled romance with Evans, she didn't lose her identity. She remained the funny, bright, open woman fans love. Her willingness to share her imperfections and constant journey of self-discovery, and appreciation are stark reminders that nothing and no one can define you, but you.