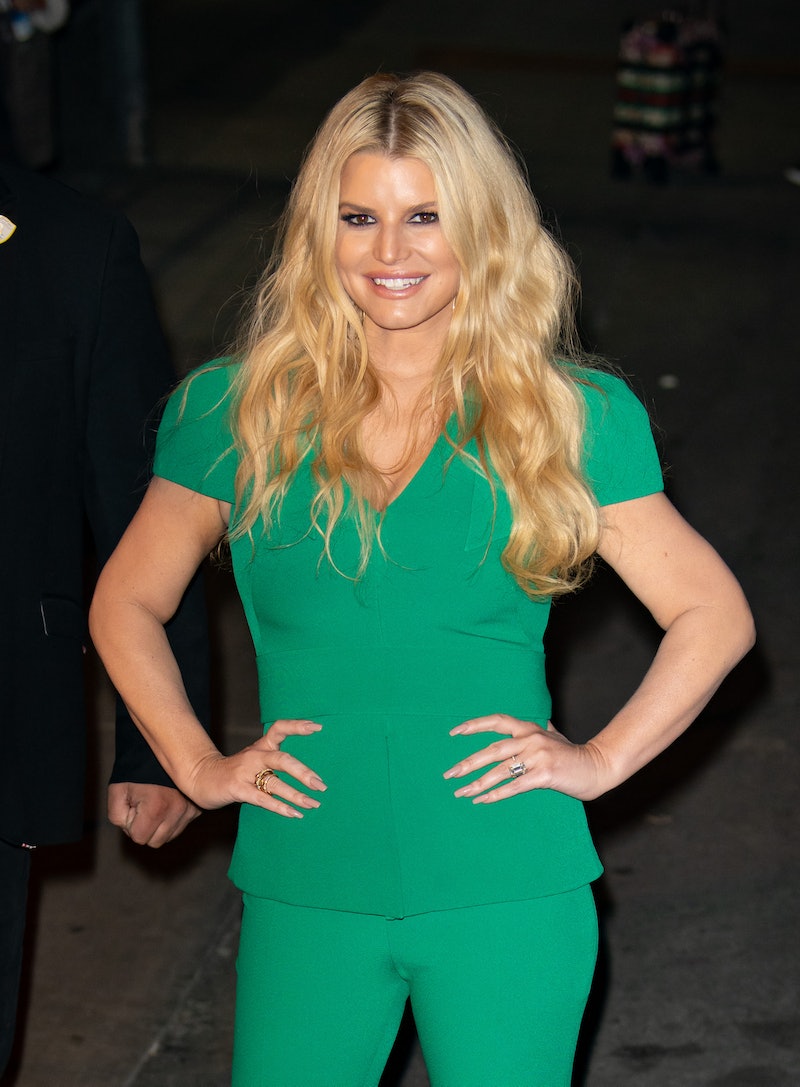 Most people don't like to kiss and tell, but most people aren't Jessica Simpson. She's not afraid to spill some tea — even if it happened over a decade ago. During an appearance on Jimmy Kimmel Live, Jessica Simpson revealed that she kissed Justin Timberlake after her split from Nick Lachey. But, before fans get too excited, she also said it wouldn't happen again, mainly because he kissed her in order to win a bet he made with Ryan Gosling when he was 12.

Speaking to host Jimmy Kimmel, Simpson talked about how she originally auditioned for the Mickey Mouse Club, the famous Disney Channel show that kick-started the careers of icons Britney Spears and Christina Aguilera, along with Timberlake and Gosling, just to name a few. Alas, she was rejected in the final round of auditions, but she still stayed in the same social circle as one of a handful of '90s pop stars, including Timberlake.

According to Simpson, the kiss happened only after she famously split from Lachey in 2006, at a time when Timberlake also happened to be single. "He was over at my house, and we shared a nostalgic kiss," she recalled. "And I thought, 'Oh, this is interesting.'" However, right after, Timberlake took out his phone and started texting. "I was like, 'OK, I hope that's not another girl. Like, did I stick my tongue out too much' or, you know?" Simpson jokingly said.

However, it wasn't a side chick he was texting — it was Ryan Gosling. "Apparently him and Ryan Gosling had a bet on who would kiss me first when they were 12 years old," she revealed. "So, he texted Ryan and said he won the bet. And I was like, 'Oh, OK. Um… So we don't kiss again. That's done.'"

Putting aside the fact that kissing someone for a bet as a full-grown adult man is pretty rude and immature, Simpson doesn't seem to have any hard feelings. She does, however, have one complaint: She wishes Gosling had won the bet instead. "Ryan was the one that I was, like…when I was 12, I was, like, 'This guy is so cool and he's from Canada...'" she gushed. "And there was something so cute about him." Take that, Justin!

Although Simpson laughs at this moment now, let it serve as a reminder that men placing bets with each other on women is something that should definitely be left in 2006.