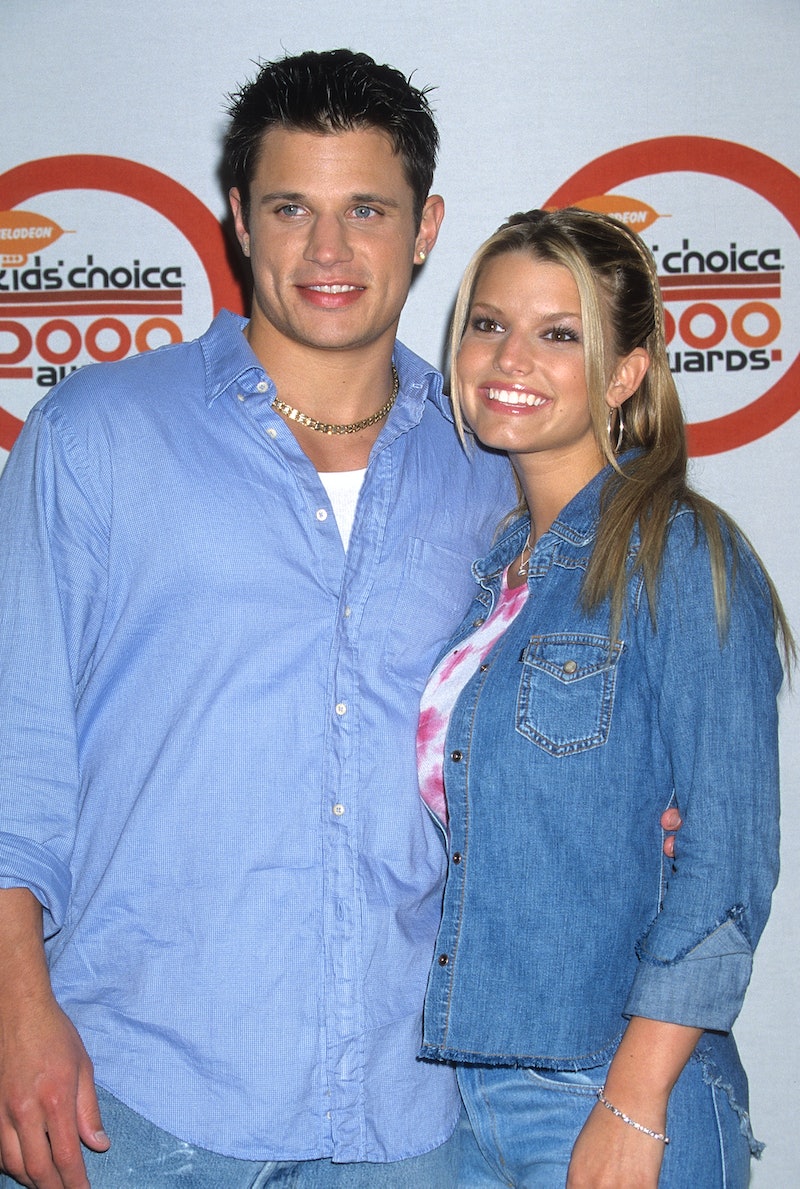 MTV's Newlyweds may have seemed like a lighthearted show that put Chicken of the Sea on the map, but for Jessica Simpson, Newlyweds means the end of her marriage to Nick Lachey. During a recent interview with Today, Simpson revealed that, watching it back, she didn't like what she saw when watching the series. The now 39-year-old singer said that Newlyweds showed the reality of her marriage to the 98 Degrees singer.

Simpson told Today's Hoda Kotb that success played a big part in their split. The Open Book author even admitted about Newlyweds, "I would watch episodes back and I didn't like what I saw. I saw what people were laughing at and what was loving about it, but I also saw a lot of eye rolling, and that wasn't just editing."

Despite her calling their success together "beautiful," Simpson said their individual accomplishments were more difficult for Lachey to accept. She said she felt a lot of "resentment" after appearing solo on the cover of Rolling Stone in 2003, especially since Lachey was supposed to be on it with her. "I felt that the love wasn't enough," she recalled. "I'm not a liar. I cannot stay in something and play a role. I've tried it many times in my life and I just can't do it." Simpson filed for divorce in 2005 and it was finalized a year later.

Lachey hasn't responded to Simpson's book or her comments made on Today, but he has previously opened up about their divorce and Newlyweds. In a 2009 interview with Access, Lachey said his marriage to Simpson didn't work due to "more reasons than either one of us will understand or want to talk about." He also wished her the best. During a 2013 Watch What Happens Live With Andy Cohen appearance, he said he hadn't spoken to Simpson in "six years." He also said Newlyweds gave him the opportunity to show who he was and even called it a "great platform."

Simpson also opens up about their marriage in her new book that drops on Feb.4. According to People, the fashion designer writes that they "weren't great" at being alone, nor could she pretend that they were as happy as they appeared. Though she reportedly made it clear that she would never want to "disrespect" Lachey and that they will always mean a lot to each other.