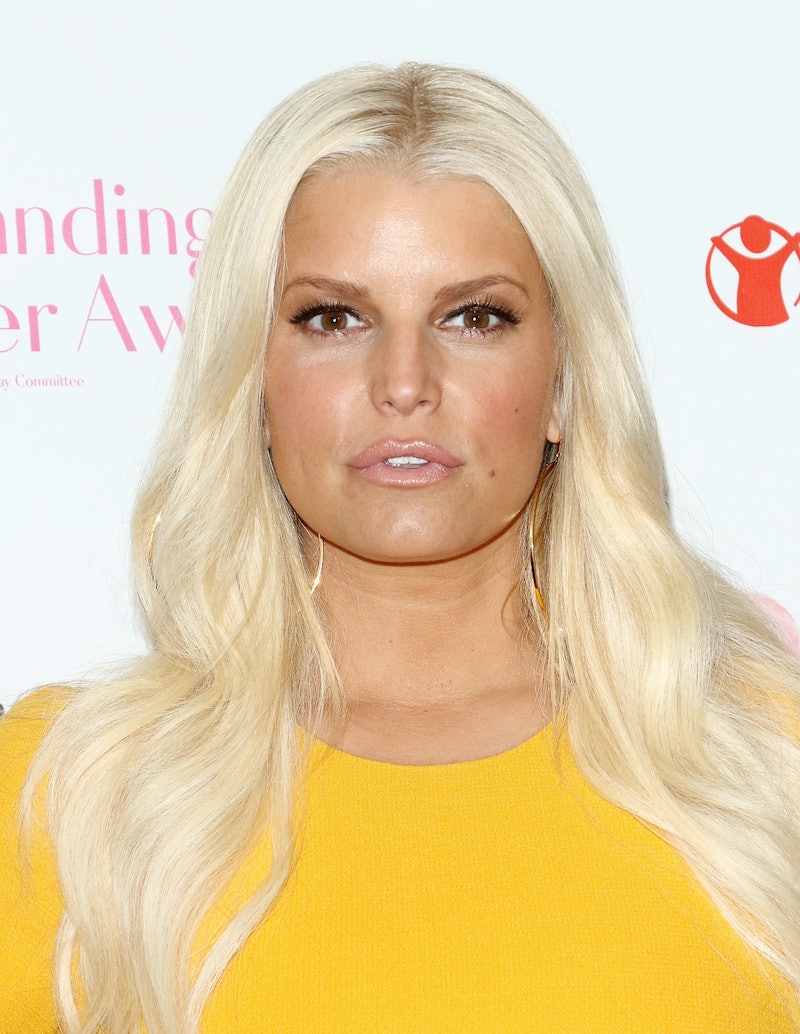 In her new memoir appropriately titled Open Book, Jessica Simpson reveals she was sexually abused as a child. According to an excerpt obtained by People, Simpson is discussing the traumatic ordeal for the first time. And she's also opening up about how it, along with other life and career struggles, led to substance misuse with alcohol and drugs.

The book, which hits shelves on Feb. 4, details the sexual abuse she claims happened when, at 6 years old, she shared a bed with the daughter of family friend. She writes, "It would start with tickling my back and then go into things that were extremely uncomfortable." She didn't tell her parents until she was 12. "I was the victim but somehow I felt in the wrong," she says.

Simpson's family never discussed the abuse, though she writes that they never stayed at that family friend's home again. The singer also writes that she only ever told her good friends and family the truth about the ordeal — until now.

According to the excerpt, the pain and trauma led Simpson to cope in other ways, like with alcohol and drugs. As she writes, "I was killing myself with all the drinking and pills." She's been sober for over two years now, and reveals that she has found support in family, friends, and therapy, which she goes to twice a week.

When Simpson's memoir was first announced in July 2019, she told People she wouldn't be holding back and that she hoped her honesty would help others. A few months later, on Dec. 23, 2019, she teased just how deep her memoir would go, writing on Instagram that she's been "very private about most of the hardest moments over the last 15 years," but now she's ready to share her truth with others.

And with Open Book, Simpson wants to inspire others along the way. Since revealing her truth and getting sober, the fashion designer told People that she's finally "come through the other side with pure happiness and fulfillment and acceptance of myself."

More like this
I Read Prince Harry's 'Spare' So You Don’t Have To: 11 Highlights To Know
By Marina Watts
Prince Harry Incorrectly Recites Christina Aguilera’s “Genie In A Bottle” Lyrics
By Jake Viswanath
Twitter Can’t Handle Prince Harry Reading Spice Girls’ “Wannabe” Lyrics
By Jake Viswanath
Pamela Anderson Opens Up About Childhood Abuse & Early Sexualization
By Radhika Menon
Get Even More From Bustle — Sign Up For The Newsletter