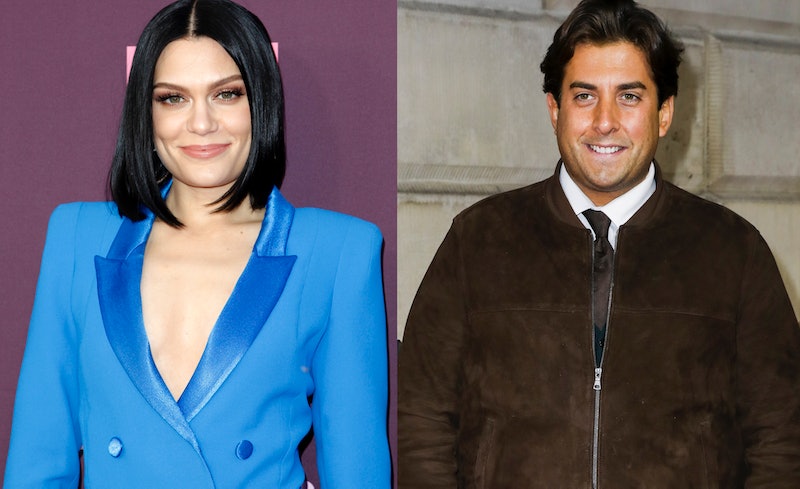 In addition to appearing on just about every reality series imaginable, former-TOWIE star James 'Arg' Argent is actually a pretty decent singer, and if you've recently tuned in to ITV2's Gemma Collins: Diva Forever, you'll know that he takes his vocal talents quite seriously. The reality star is known for covering the Rat Pack classics, and he regularly performs in the Spanish city of Marbella. During one of his recent gigs, the Only Way is Essex star discovered he had a celebrity admirer, because Jessie J turned up to watch James Argent perform, and the former-Voice UK coach had nothing but praise for the reality TV star.

According to The Sun, Arg is known to perform at Olivia's Restaurant in the popular Spanish resort of Marbella. However, the TOWIE star was left gob-smacked after the Grammy-nominated singer Jessie J turned up to witness his singing abilities for herself. The "Bang Bang" singer is in Marbella to perform at an upcoming music festival in the area, and whilst visiting the restaurant, Jessie ended up introducing Argent on stage.

According to the newspaper, whilst introducing the reality star, the singer said, "I'm from Essex, this is so fun. I have a show here tomorrow and I've brought out all my crew and my band but I want to introduce someone right now that is the sweetest guy. I've just met him, come on out Arg." The "Price Tag" singer was reportedly seen enjoying Arg's performance of Dean Martin's "That's Amore," and later joined in with a can-can dance around the Marbella restaurant. Sounds like a fun evening.

Following Jessie's surprise appearance, Argent posted a clip of their interaction on social media, and said meeting the singer "really cheered" him up. In the Instagram post, the reality star said, "I got some bad news this week that really upset me, I can’t tell you how happy this made me & really cheered me up! What a special surprise, The wonderful @jessiejintroducing me on stage for my gig in @olivias_la_cala Thank you @elliottwright_ Absolutely amazing."

In addition to belting out classic tunes, Arg is also currently preparing to take part in the Channel 4 series Sink or Swim in aid of the Stand Up To Cancer charity. As reported by Digital Spy, the reality TV pro will attempt to swim across the English channel, and whilst training for the show, Arg has received help from Love Island's Wes nelson — who will also be appearing in the Channel 4 series.

In a recent Instagram post, Argent praised his Sink or Swim co-star, and revealed that he has "never worked this hard" for anything in his life. In the social media post, he said, "I’ve never worked this hard or been so committed to anything in my life! @wes.nelson has been so supportive & has motivated me. In 1 month we are swimming across the channel & leading our team to France in aid of @su2cuk#SinkOrSwim"

Well, it sounds like Arg is keeping himself very busy these days, and I wish him the best of luck with his latest charitable venture. You go, James.

More like this
Travis Barker Has Been Hospitalised In California With Reports Of Pancreatitis
By Sam Ramsden
Joey Essex's Net Worth Is Not What You Expect
By Sam Ramsden
'Love Island' 2022 Is Officially The Most Watched Ever
By Sam Ramsden and Frances Stewart
Yes, Luca Bish Really Doesn’t Drink Alcohol
By Shahed Ezaydi and Sophie McEvoy
Get The Very Best Of Bustle/UK