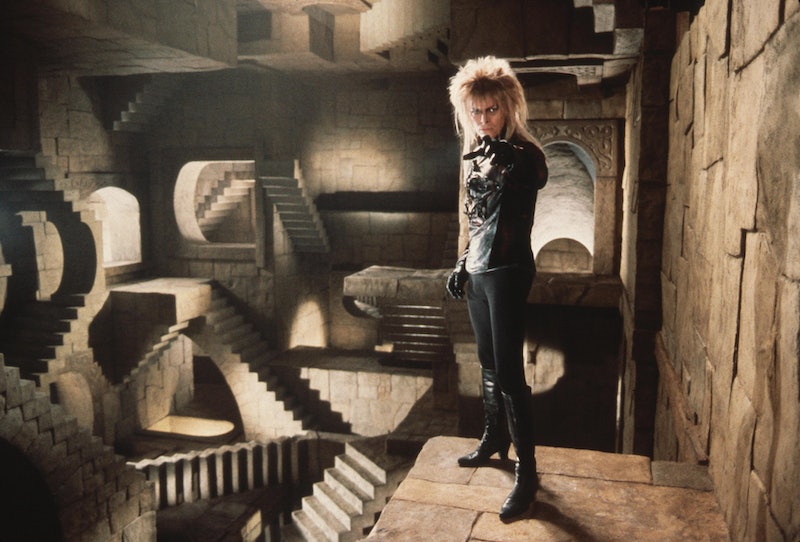 The '80s were a magical time: a decade where David Bowie could write smash hits one year and serenade a group of goblins the next. Jim Henson's Labyrinth didn't exactly meet rave reviews at release, but it's since become a cult classic across generations. So much so, that Labyrinth is getting a sequel. Dance, magic, dance!

There are precious few details as to what the sequel will entail, but according to Deadline it will be written by Maggie Levin (Into the Dark, My Valentine) and directed by Scott Derrickson (Dr. Strange, The Exorcism of Emily Rose). "Major thanks to everyone for the outpouring of love today," Derrickson tweeted. "'It's a dream come true' is a massive understatement, but, that's truly what it is. And now, back to work."

Ideas for a sequel initially broke ground in 2017 with Fede Alvarez on as director, but he recently stepped down from the project. "I just felt... when people have a preconceived notion of what something should be, it's very hard to succeed — to surprise them," he told horror site Bloody Disgusting in April. "They're just expecting the same thing again. So I just decided I didn't want to do things as a director that people knew already what it was. Or have a preconceived notion of how it should look on screen."

The 1986 film told the tale of 16-year-old Sarah Williams (Jennifer Connelly), who after getting frustrated of babysitting her baby half-brother Toby, wishes he'd be taken away by goblins. Sarah's wish comes true, and Jareth the Goblin King (Bowie) whisks the baby away and sets Sarah the task of completing his labyrinth in 13 hours; otherwise, Toby will become a goblin. Full of wonderfully fantastical Bowie songs, Labyrinth also showcases the pioneering puppetry of Jim Henson.

Henson passed away in 1990, but his work lives on through the worlds of The Muppets, Sesame Street, The Dark Crystal, and Star Wars. Most recently, Henson's work was brought back to life in The Dark Crystal: Age of Resistance for Netflix, utilising the puppetry that he pioneered in the original. Produced by the Jim Henson Company, his children Brian and Lisa brought the story back to life, and are reportedly doing so with the new Labyrinth film as well.