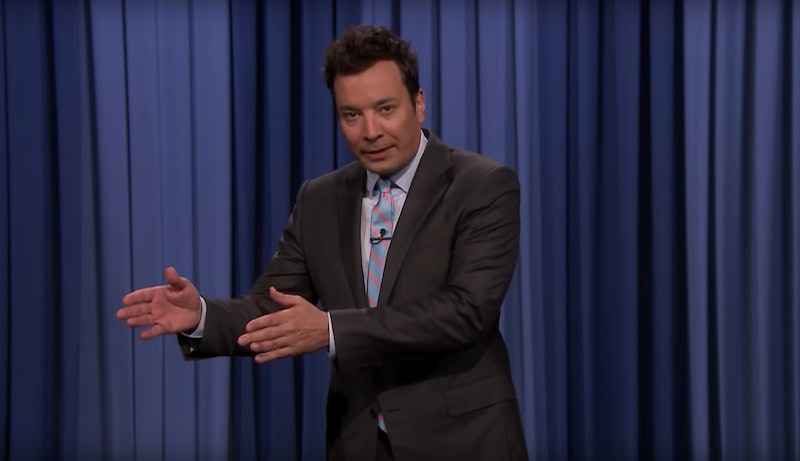 Retirement isn't that different from being a Supreme Court justice. Or so went the argument of one late-night host on Wednesday: Jimmy Fallon tried convincing Anthony Kennedy not to retire, a few hours after news that the 81-year-old justice would leave the court in July alarmed liberals and delighted conservatives across the country.

Kennedy is considered to be a swing vote on the court, and his retirement on July 31 will give President Trump the opportunity to appoint a solidly conservative justice to take his place, further cementing the court's right-leaning majority. Kennedy voted conservative more often than not over the course of his career, especially in this past term, but he went to the left in several key cases over the years, including the 2015 ruling that the constitution guarantees the right to gay marriage. Without his vote, many liberals fear that important cases — including Roe v. Wade, which legalized abortion — could be overturned.

"Justice Kennedy, what are you doin' retiring, man?" Fallon said later on the show. "You have a great job where you barely work. You get to wear a robe all day and give your opinions on stuff." He reiterated: "That basically is retirement. Stick around, at least until we get a new president."

Which won't be long, according to Fallon: "Six months tops," he joked.

It's true that being on the U.S. Supreme Court has perks. Historian Lucas "Scot" Powe joked to ABC News in 2010 that "it's the cushiest job in the world," explaining that there isn't "that much required work, and they've made it less over time." The court was issuing decisions for about 120 cases per term nearly four decades ago, but U.S. News reports that it's been averaging about 65 per term recently.

Much of job's grunt work is left up to clerks. And justices get three month's vacation during the summer months (which many of them, however, use for taking on other work, like public speaking and writing books). That's a more recent development, too: They used to have to continue their job during the summer.

But Kennedy is headed for full-time vacation. After news of his retirement broke on Wednesday, many people's concern fixated on the timeline for his departure and replacement.

Kennedy will retire on July 31. The next Supreme Court term begins on the first Monday in October, so Trump and the GOP will likely try to get his replacement in by then. If Democrats manage to wrest control of Congress during the upcoming midterm elections, they could stymie a confirmation vote starting in January — so Republicans would definitely try to confirm someone by then.

A 2015 Congressional Research Service study indicated that it takes between two and three months on average for justices to be confirmed after they're nominated. The same was true for Neil Gorsuch: It took him 66 days to get confirmed. Still, sometimes the process is far shorter.

Senate Majority Leader Mitch McConnell (R-KY) is eager to get Kennedy's replacement in as soon as possible. "We will vote to confirm Justice Kennedy's successor this fall," he told the Senate on Wednesday.

Maybe Kennedy is making a personal mistake by giving up an approximately $255,000 salary to go sit in a different robe in the privacy of his own home. But he's determined to make it, and we're going to live with the consequences.