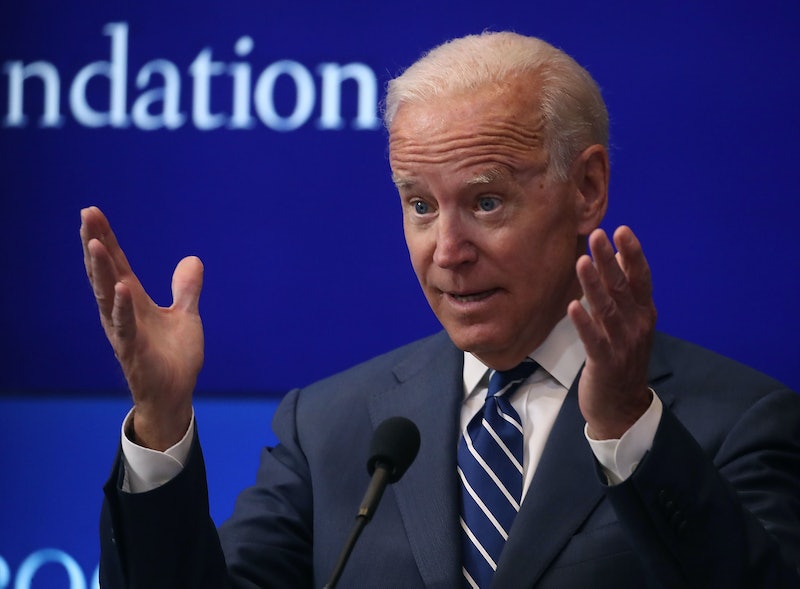 President Trump revoked the security clearance of a former CIA director and frequent Trump critic Wednesday, sparking speculation that the move was made purely to silence those who publicly disagree with the administration. Former Vice President Joe Biden tweeted about Trump's decision regarding John Brennan, saying revoking the man's security clearance wouldn't stop his criticism from making headlines.

"In the time I have known him, John Brennan has never been afraid to speak up and give it to you straight," wrote Biden. "If you think [revoking his security clearance] will silence John, then you just don't know the man."

Brennan has been a strong critic of Trump since the campaign trails of 2016, particularly calling out his lack of concern in regards to Russian interference with elections. Originally sworn in as CIA director under former President Barack Obama in 2013, Brennan left the position in September 2017. Even out of office, he's continued to criticize the administration.

Most recently, he denounced the crude language Trump used to attack former aide Omarosa Manigault-Newman, who published a tell-all book about her time at the White House. Trump called Manigault-Newman a "lowlife" and a "dog." Brennan said that Trump failed "to live up to minimum standards of decency, civility, & probity."

The next day, he lost his security clearance.

On MSNBC, Brennan said Trump's decision to revoke his security clearance was his way to "get back" at him for his comments. He said the action was taken to "intimidate or suppress any criticism of him or his administration." Similarly, Brennan's response on Twitter said Trump's threatening of security clearances "is part of a broader effort by Mr. Trump to suppress freedom of speech & punish critics."

"It should gravely worry all Americans, including intelligence professionals, about the cost of speaking out," he continued. "My principles are worth far more than clearances. I will not relent."

Trump's decision to revoke Brennan's security clearance has no repercussions for the former CIA director's right to voice his opinion. It does, however, affect his ability to advise others in the current administration or be hired by security contractors.

Press Secretary Sarah Huckabee Sanders, who announced the decision in a presidential statement Wednesday, accused Brennan of making "a series of unfounded and outrageous allegations — wild outbursts on the Internet and television — about this administration."

In the statement, Trump wrote that "any benefits that senior officials might glean from consultations with Mr. Brennan are now outweighed by the risk posed by his erratic conduct and behavior."

Several high-profile politicians, besides Biden, have spoken out about Trump's decision.

"This is putting personal petty politics ahead of patriotism and national security, end of story," wrote John Kerry, accusing the president of "banana republic behavior."

Sanders denied that Brennan's security clearance was revoked due to his criticisms of the president at the press conference Wednesday, The New York Times reports, instead insisting on the president's words that the move was made for the sake of national security.