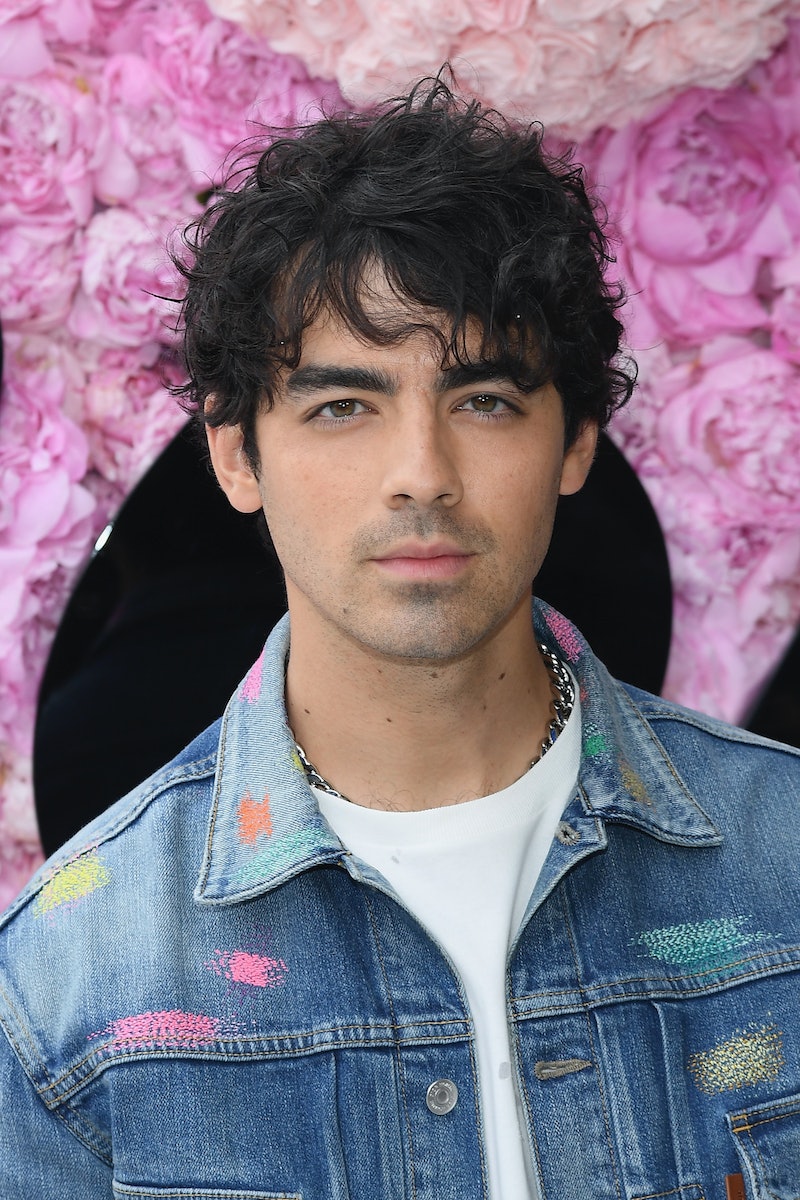 Things were really burnin' up for Joe Jonas' birthday celebration. According to People, Joe Jonas' 29th birthday party was one for the ages. Seriously, it had everything: a fabulous Miami venue, a Game of Thrones-inspired presentation, and naturally, $10,000 worth of alcohol. Basically, it was the perfect party. I guess my invite got lost in the mail?

Jonas, alongside his fiancée Sophie Turner and brother Nick Jonas, celebrated his birthday early (he was born on Aug. 15) at multiple Miami hotspots. They kicked things off on Aug. 12 at KOMODO, where the man of the hour blew out the candles on a dessert platter as his friends sang "Happy Birthday" in the background, according to his Instagram Story.

The crew then went to Story Nightclub, where they really got the party started. Once at the club, they met up with Louis Vuitton designer Virgil Abloh, who was DJing at the venue. The singer even recounted the meeting on his Instagram Story after the event.

According to People, when Jonas celebrates his birthday, he really goes all-out. A source told the publication that the DNCE singer purchased $10,000 worth of Don Julio 1942, champagne, and vodka. And yes, you read that number right. It definitely sounds as though the crew had a great time.

People also reported that the group went to LIV to continue the birthday celebrations. While at the club, Jonas was presented with Don Julio 1942, which is a luxury tequila brand, by the way. But to make the presentation a bit more fun, they also photoshopped the birthday boy's head on a Game of Thrones character, which Turner apparently loved.

While their Miami excursion served as an early birthday celebration, those closest to Jonas expressed their well wishes for him on social media. His fiancée posted a boomerang video on Instagram, which shows her and her beau jumping off a boat, on Aug. 12. She captioned the clip, "Happy birthday JoJo."

Jonas' younger brother also posted some fun photos on Insta to celebrate the special occasion. The two brothers posed together during their club hopping weekend, with the "Jealous" singer captioning the pic with a simple, "Miami." Nick also saw fit to joke around with his older brother a little bit with another post relating to their Miami celebration. On Aug. 11, he posted a photo of the DNCE singer with a rather silly expression on his face and wrote, "Mood this weekend." Well, it does seem like they were all in fun-natured mood during their celebrations.

According to a source at Page Six, a fun time was had by all during Jonas' early birthday celebrations. "Joe and Sophie were all smiles and were kissing throughout the day while sipping on some expensive Champagne,” the source claimed.

Considering that the group spent over $10,000 on alcohol, partied it up in some of the hottest Miami clubs, and had fun with their friends along the way, it's safe to say the singer's birthday bash was a roaring success.