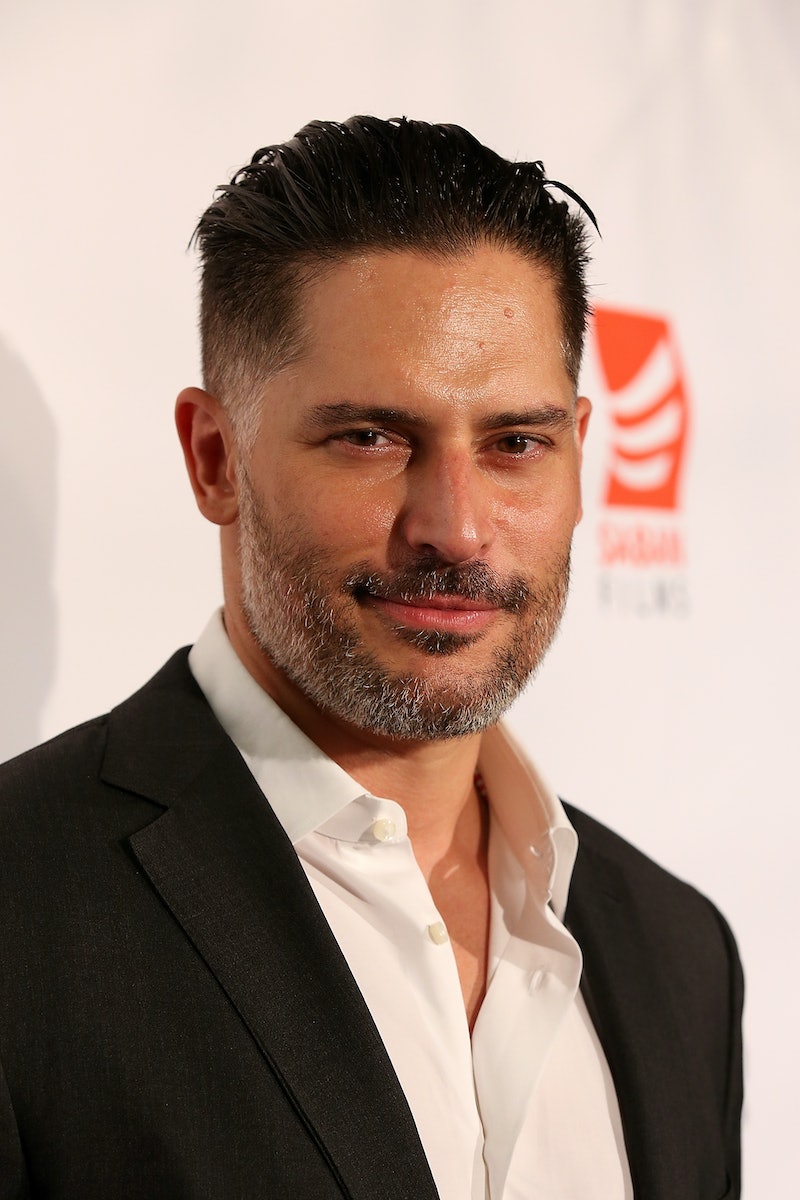 Although he once appeared in Marvel's Spider-Man alongside Tobey MaGuire and Kirsten Dunst, Joe Manganiello has switched comic book universes and is now part of Warner Brother's DC Extended Universe family. The actor recently shared the first official photo of himself in his Deathstroke costume from the set of Justice League to social media, which has fans and bloggers speculating what his role could be in future DCEU films. SPOILERS for Justice League ahead. As you know if you saw Justice League, and stayed through the credits, Manganiello appeared in a post-credit scene alongside with Batman v Superman: Dawn of Justice villain Lex Luthor, played by Jesse Eisenberg.

"Shouldn't we have a league of our own?" Lex asked Deathstroke after apparently escaping from prison at the end of Justice League, according to Entertainment Weekly. Their conversation seemed to hint that the two intended to form a super villain organization to rival the newly united Justice League featuring the likes of Wonder Woman (Gal Gadot), Batman (Ben Affleck), Cyborg (Ray Fisher), The Flash (Ezra Miller), Aquaman (Jason Momoa), and Superman (Henry Cavill). In case you aren't familiar, in the DC Comics and endorsed television shows there have been a number of super villain groups including the Legion of Doom and the Injustice League.

A few hours after Manganiello shared his photo to social media, director Zack Snyder also shared a behind-the-scenes photo of he and Manganiello, who was in Deathstroke costume, on the set of Justice League.

Now, technically neither of these photos are the first glimpse we've had of Manganiello as Deathstroke. Back in August, 2016, Affleck shared a video of the legendary DC Comics assassin, but with his face obscured. It was later reported that by The Wrap that Deathstroke was going to be the primary villain of the solo Batman movie, The Batman, in which Affleck was reportedly set to reprise his role as the title character.

However, the future of The Batman and the casting details are currently uncertain. According to MovieWeb, Manganiello was as Deathstroke in The Batman back when Affleck was still attached to write and direct the project. It's been widely rumored that Affleck does not intend to continue as part of the DECU post Justice League, and Matt Reeves (the new director of The Batman) reportedly wants to feature a more popular villain in the film, instead of Deathstroke. However, The Batman doesn't yet have a confirmed release date, and hasn't begun production, so all of this remains uncertain.

In October, it was reported that Warner Bros. was in the early stages of developing a solo Deathstroke film staring Manganiello, and Gareth Evans, known for The Raid, is reportedly attached to direct the film, according to IGN. Given Deathstroke's cameo in Justice League, it's believed that the standalone film will also be a part of the DC shared universe. Add on to that the photo that Manganiello released, and it seems more likely than not that Deathstroke will definitely be a part of future DCEU films. Whether that means a solo film, or as a main villain in The Batman, however, remains to be seen.

Currently Warner Bros. has five films in the DECU slated to be released over the next three years, none of which are The Batman or a Deathstroke solo movie. Aquaman will hit theaters on December 21, 2018, Wonder Woman 2 is slated for a year later on November 1, 2019, followed by Shazam on April 5, 2019, and in 2020 the studio is planning to release both Cyborg and Green Lantern Corps.

Considering that none of the above mentioned films, besides Aquaman, have begun production yet, their fates are relatively uncertain. Well, except for Wonder Woman 2, given how well received the first Wonder Woman film was by fans and critics alike. So perhaps Manganiello's tweet is a hint that we could be seeing a Deathstroke movie sooner, rather than later.