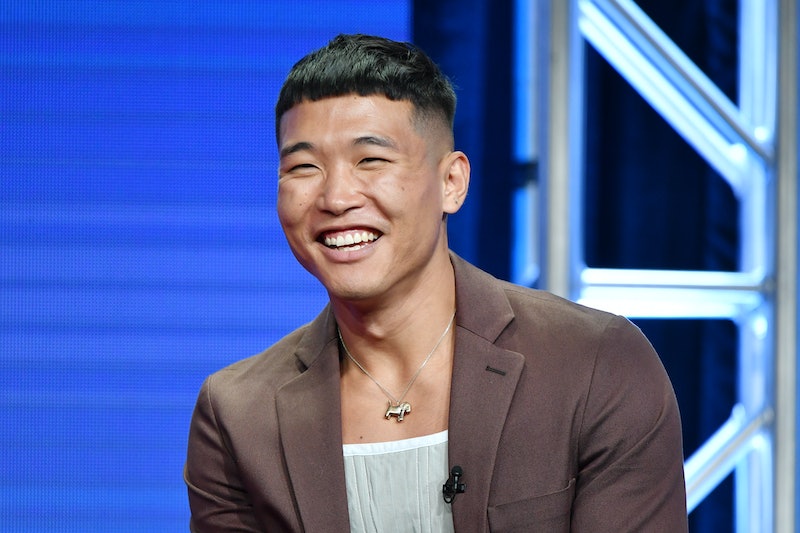 NBC's new sitcom Sunnyside will be the first time that many viewers across America are introduced to Joel Kim Booster, but he's been working at comedy onstage, behind the scenes, and on-camera for years — meaning any new fans of his will have a lot of great work to devour if they want to hear more of this up-and-coming comic. Joel Kim Booster's Sunnyside character, Jun Ho, is half of an excessively wealthy pair of siblings that manages to throw exorbitant amounts of cash around. However, Jim seeks out politician Garrett Shah (Kal Penn) because he needs help with the one thing he can't buy: American citizenship. Joel Kim Booster plays up parts of his own comedic persona to bring life to Jim Hao, which makes the character a great introduction to his comedic stylings in stand-up, television writing, and elsewhere.

Jim Hao is Booster's biggest on-screen role yet, but he's been leaving a considerable impact behind the scenes of shows such as the raunchy Netflix animated comedy Big Mouth, and the entertainment satire The Other Two. Booster has written episodes for both shows, and serves as a producer on the latter. He also made multiple appearances on the Hulu original series Shrill — but most of Booster's exposure at this point in his career has come from his unique brand of stand-up.

The character of Jim Hao was originally conceived as “a Wall Street douchebag type of guy," Booster tells Vanity Fair. Booster shares that while he considered reaching for a character type that was outside his realm of experience, he instead decided to "go with this personal take that we talked about—this persona of hot idiot that I have in my stand-up."

Booster tells The Fader that he has his own "special gross way" of communicating his experience as a gay Korean-American man raised by adoptive white parents in the Midwest. "I talk about sex, drugs — all this shit on stage that’s a self-conscious shirking of Asian stereotypes ... It’s just who I am and what interests me."

Booster's subjects of interest range from driving in Los Angeles (not a fan), living rooms (whimsical!), and not realizing he was Asian for much of his young life (confusing!) Booster has performed stand-up on Conan, The Late Late Show With James Corden, and debuted a half-hour Comedy Central Presents special in 2017. He's also released his debut stand-up album, Model Minority.

Booster, both in his stand-up and his performance as Jim Hao, exudes a holier-than-thou energy that elevates the jokes, but isn't entirely true to who Booster is off-stage. Booster's onstage persona is an attempt to turn away from his habit of self-effacing humor, tellin Fader "I [see] it as a challenge ... Can I still get the audience on my side if they think I’m full of myself?"

While Booster's onstage confidence may be exaggerated for comedic effect, his performances and his body of work speak for themselves. Sunnyside may be the first time many people hear of Joel Kim Booster, but it likely won't be the last.

Ed note: The name of Joel Kim Booster's character was originally misspelled. It has since been corrected.