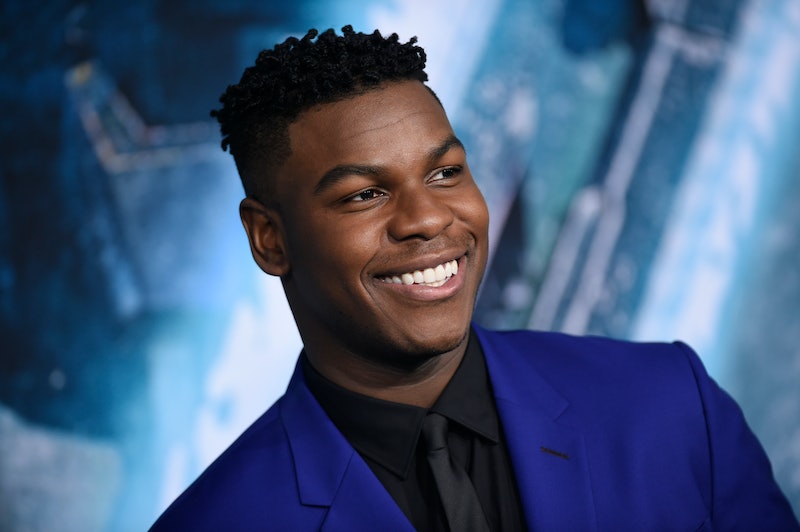 The newest addition to the Star Wars saga has been shrouded in secrecy ever since its long-awaited announcement, but thankfully, fans of the iconic sci-fi series don't have too long left to wait before The Rise of Skywalker arrives in cinemas everywhere. However, John Boyega has revealed that the new Star Wars script was accidentally listed on eBay, and the plot of the franchise's latest flick was very nearly ruined for millions of fans around the world.

As the BBC reports, the Star Wars actor, who plays stormtrooper Finn in the film series, revealed during a U.S. TV interview how he had left The Rise of Skywalker script beneath his bed — which after being retrieved by a cleaner, wound up being listed on eBay for a humble £65. Boyega went on to reveal how the cleaner in question "didn't know the true value" of the script, and later described the whole debacle as "scary." The Star Wars leading-man later explained how the all-important script had somehow slipped from his radar whilst "moving apartments," and also admitted the pages had been left under his bed after "partying a little bit." News of the Star Wars script-gate first came to light during director JJ Abrams' appearance on Good Morning America, where he revealed that a previously unnamed cast member had lost track of their top-secret copy.

Speaking on the U.S. morning show, Abrams discussed how The Rise of Skywalker script "was given to someone else who then went to sell it on eBay" — before reassuring fans that the studio had managed to recover the pages before being sold online. However, Abrams isn't the only member of the Star Wars clan to touch upon the near-leak, and during her own appearance on GMA, actor Daisy Ridley — who portrays the character of Rey in the franchise — denied having any involvement in the script's disappearance, before joking that an upcoming GMA guest (Boyega) might be able to shed more light on the story.

Thankfully, any pesky spoilers have so far been kept away from public view, and Star Wars: The Rise of Skywalker opens in UK cinemas on Thursday, December 19.

More like this
Anne Hathaway Shared A "Thrilling" 'Princess Diaries 3' Update
By Darshita Goyal
Rupert Grint Just Shared A *Major* Update About Ron Weasley’s Future
By El Hunt
Twitter Is Overjoyed By Angela Bassett’s Record-Making Oscar Nomination
By Maxine Harrison
Jemima Khan Used Her Own Life As Inspo For 'What’s Love Got To Do With It?'
By Darshita Goyal
Get The Very Best Of Bustle/UK
Sign up for Bustle UK's twice-weekly newsletter, featuring the latest must-watch TV, moving personal stories, and expert advice on the hottest viral buys.