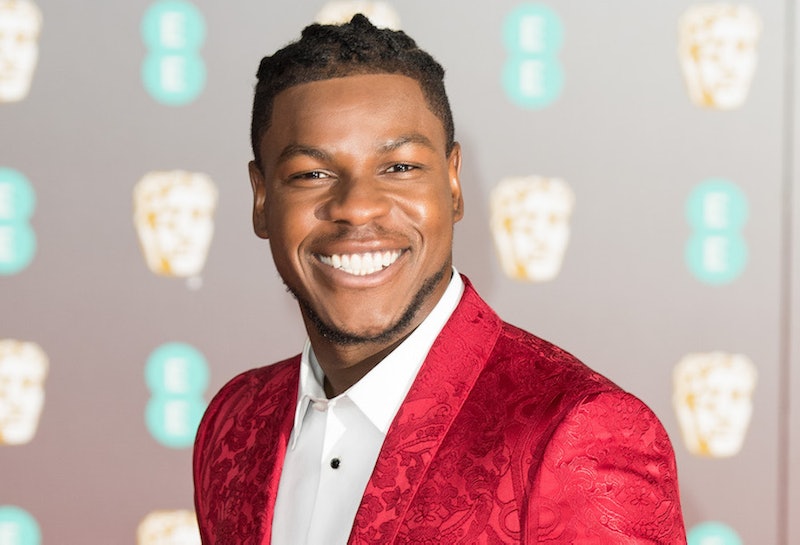 In the wake of George Floyd’s death, the Minneapolis man who died after being pinned down by cops, Star Wars actor John Boyega tweeted that he “really f*cking” hates racists — and he’s sticking by the sentiment despite the cries of some of his Twitter followers. While the tweet itself laments the deadly perils of police brutality faced by the black community, Boyega has since received an onslaught of replies from fans, some highlighting the reverse racism myth, and others criticizing his word choices as a Disney star. Still, the actor isn’t backing down.

On social media, celebrities and public figures have condemned the circumstances surrounding Floyd's death. (Four officers involved have since been fired, and people everywhere are calling for charges to be filed against them.) When Boyega chimed in on the matter, however, he faced accusations that he was being discriminatory towards white people. Boyega replied to a handful of the responses that seemed to miss the point of his original tweet. When a user said he broke up with his ex because “she hates whites,” for example, Boyega clarified, “I am talking about WHITE on BLACK racism. The kind that has ruined the world not caused a lil break up with your girlfriend.” He cemented his stance in another tweet that read, “I said what I said. Speak for yourself at all times.” When another user urged him to recognize racism from “all angles,” Boyega responded, “I am not talking about other perspectives given the current situation is that okay?”

The entire ordeal then spilled over to Instagram, where Boyega reportedly went on Instagram Live to further cement his statement. In video reposted to Twitter by fans, Boyega cited the “continuous cycle” of police brutality in America, and doubled down on his original statement: “I’m black. So I say it again, f*ck you racist white people. I said what I said.” The actor also dismissed claims that his comments would negatively impact his career and said, “All those things were just a part of my dreams, part of working… that’s got nothing to do with how you treat people.” He added, “So when I say it, I mean it.”

This isn't the first time Boyega has been vocal about racism. Following the racist boycott to Boyega’s casting as a black stormtrooper for Star Wars: The Force Awakens in 2014, he responded on Instagram with a simple, “Get used to it.” Boyega then revealed in an interview with the Guardian in 2018 that he was initially told to react with “grace” and stay silent on the matter. “I was like, be graceful? Are you mad? If anyone comes talking nonsense, I’m going to shut them down,” Boyega said at the time. “You have to fight fire with fire sometimes.”

Many fans are praising Boyega for putting career concerns aside to speak out on behalf of Floyd. And, unfortunately, as these instances of racism and police brutality continue, this probably won't be the last time we hear from Boyega on the issue.

More like this
Harry Styles Just Split His Pants In Jennifer Aniston’s Face
By Sam Ramsden
What Really Happened Between Lea Michele & Sadie Sink On 'The Tonight Show'
By El Hunt
This Pre-'Love Island' Video Of Olivia & Zara Together Changes Everything
By Bustle UK
New Details About Jeremy Renner's Snowplow Accident Reveal The Actor's Intentions
By Sam Ramsden
Get Even More From Bustle — Sign Up For The Newsletter
From hair trends to relationship advice, our daily newsletter has everything you need to sound like a person who’s on TikTok, even if you aren’t.