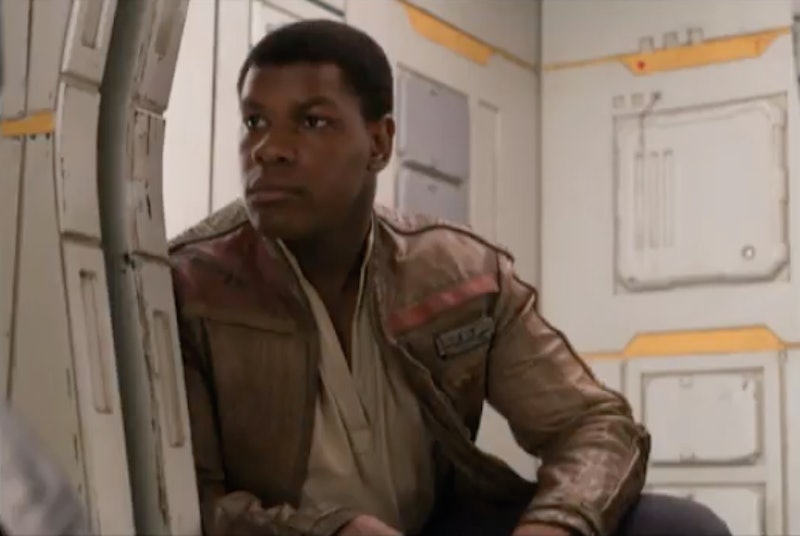 If you, like me, have been shipping Finn and Poe since The Force Awakens, then brace yourself. Because, during the Star Wars Celebration in Orlando on Friday morning, John Boyega himself confirmed that Finn and Poe's relationship in Star Wars: The Last Jedi will continue to blossom. And, hello, am I actually hearing this right now? Is that the sound of our dreams coming true? Um, I think it might well be.

Because, when he was asked about Finn and Poe relationship in The Last Jedi, Boyega answered:

Poe is my boy; there’s always a new adventure to go on. In the Last Jedi, it’s a test for all the characters, but specifically for Finn, he wants to find his place now.

Which has legitimately just made my heart swell into a dripping sack of swoon.

Since their bromance's heavy appearance in The Force Awakens, fans immediately embraced the idea of Finn and Poe Dameron as Star Wars' official new couple. And whether or not an actual romance between the two could become canon in the movies (we can but dream, guys), it's still incredibly heartening to hear that their relationship will be developing even more on a platonic level. (Although, obviously, I'm totally here for whatever space smooches might possibly happen between the two. Let that be officially known.)

Because, let's be honest, The Force Awakens laid down some pretty adorable foundations for their relationship. There was Poe giving Finn his name (because who wants a friend by the soulless title of FN-2187?), the two of them both supporting each other in the field, and, oh man, that time when they reunited and shared the most beautiful hug in the entire universe.

Back in 2016, Boyega told the Radio Times that, though he thought of Finn and Poe as a “bromance” during The Force Awakens, he'd realized that actually, Star Wars has always been full of surprises, and, in turn, that a Finn and Poe romance could happen:

But as far as I’m concerned, when J.J. [Abrams] sat us down to go through the script, it was a bromance. But now I’m learning what Mark Hamill said before when he didn’t know that Darth Vader was Luke’s father: you never know what they’re going to pull. I’m looking at the director Rian [Johnson] closely so he can get me involved early, so I can prepare myself. So who knows?

Who knows, indeed. Of course, whatever form the relationship between Poe and Finn takes during The Last Jedi is totally, completely fine. Just so long as they can continue their foray into enthusiastic gestures towards one another, then count me in.