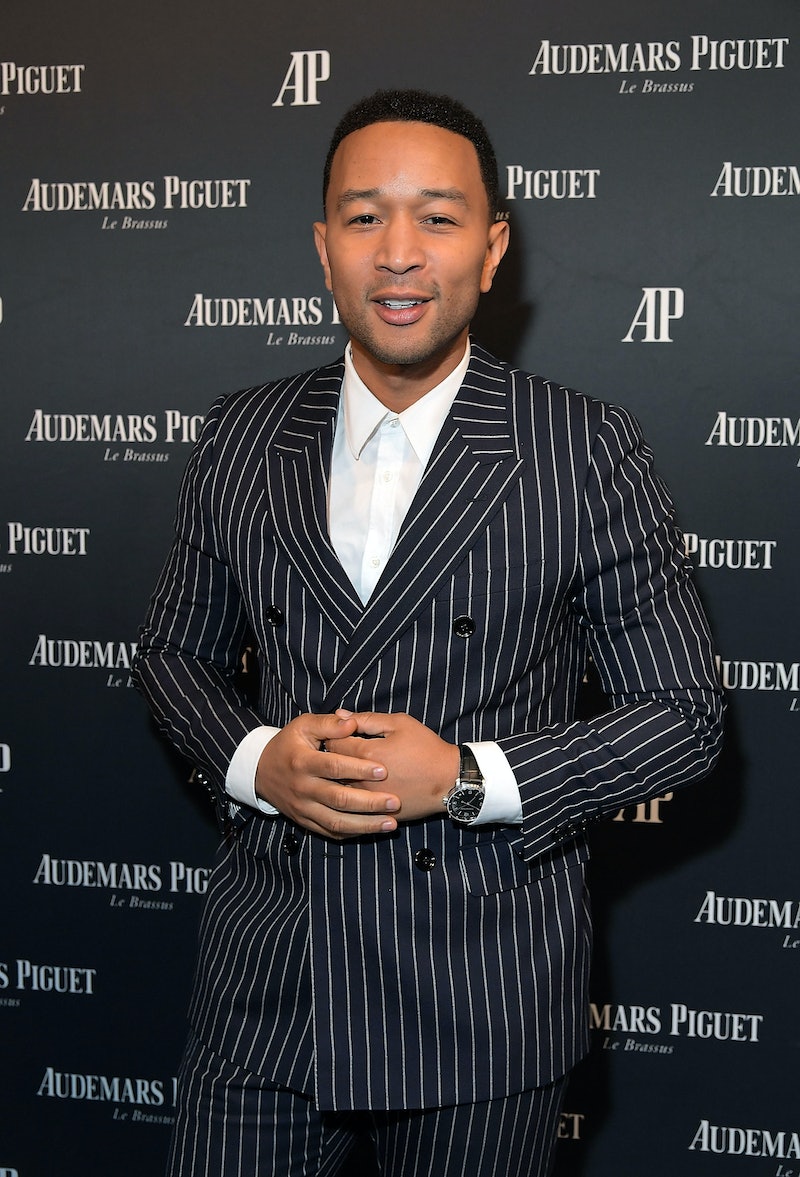 On April 8, Lochte posted a video from their latest lesson, which showcases just how much Legend has progressed in his swimming capabilities. The athlete captioned the post with:

"Not a bad way to start my week. Swimming with @johnlegend giving him some swim tips and getting him ready for 2020 Olympics haha!"

At this rate, Legend is well on his way to being a total pro in the water, as he even went toe-to-toe with Lochte during their pool session. Like the Olympian, the "All of Me" singer also got in some jokes about his 2020 Olympic prospects, saying "I made the team," once they finished one of their laps, which drew laughs and "2020" chants from everyone watching the lesson.

Seeing as though he only started his lessons back up in January, Legend's definitely come a long way in his swimming abilities in only a few short months. And it looks like he has Lochte, in part, to thank for that.

Legend has been pretty open about starting his swimming lessons back up. In January, he tweeted about taking a lesson, his first one since he was 5 years old. He wrote, "I can't really swim. Today I took my first swim lesson since I was like 5. My dad learned in his 60's so I feel like I'm ahead of schedule."

Based on a follow-up tweet, the singer is apparently following his kids' lead by spending some time in the pool. When a fan asked if he was learning alongside his children, Luna and Miles, he replied with, "They already started months ago!" Now that he's moving right along in his own lessons, at least he'll be able to keep up with his kiddos during any of their pool or beach days.

A couple of days after Legend's admission, his wife, Chrissy Teigen, showed off his swimming progress on Instagram, writing that she was "so proud" of her husband learning an important new skill.

Back in 2016, Teigen revealed that neither she nor Legend knew how to swim, but that they wanted to learn for their kids. According to People, the Lip Sync Battle host said that they simply didn't grow up with "water in our face," but that they're dedicated to learning now. She told the publication, “And we don’t want to be helpless in any way, so we’re going to try to learn for Luna. We’re going to have someone come to the house.”