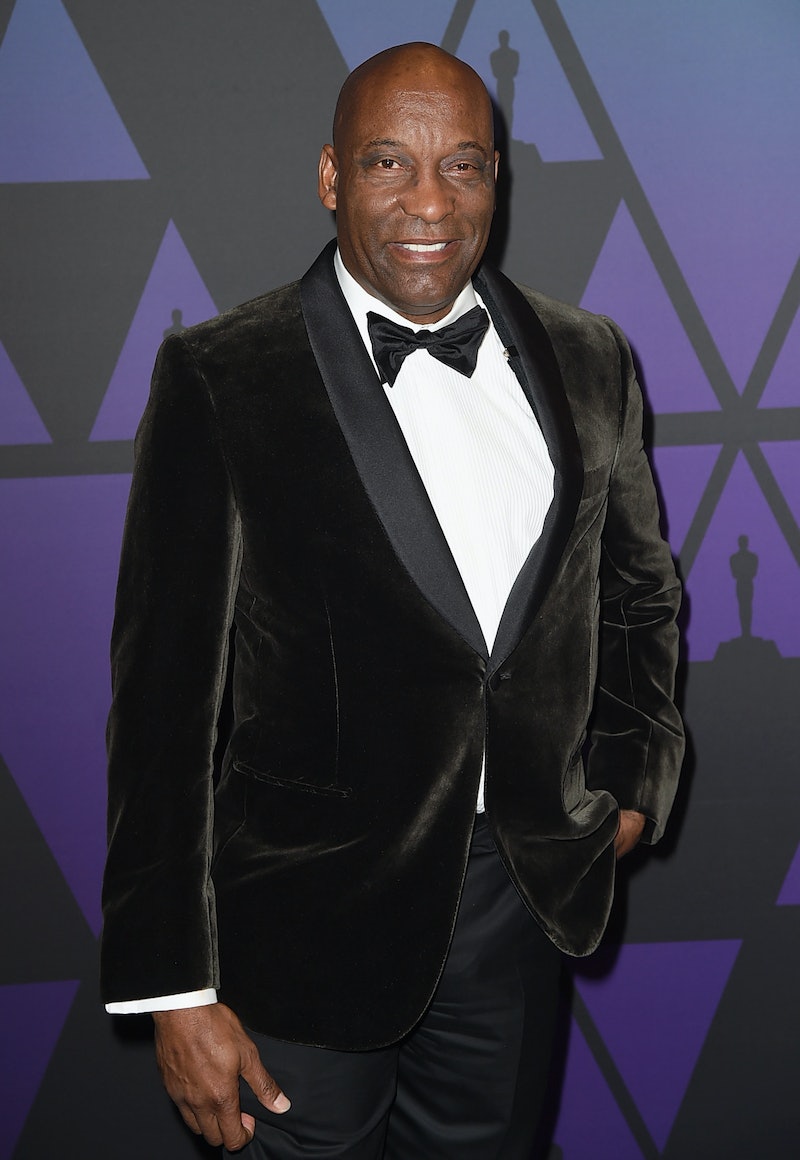 On Monday, April 29, the movie industry got some devastating news. As Deadline reported, director John Singleton has died at 51 after recently suffering a stroke that left him in a coma. Singleton's rep confirmed the news to Bustle via a statement from his family. This update comes after multiple publications reported earlier on Monday that the director's family decided to take him off life support.

Earlier on Monday, Singleton's family told TMZ in a statement:

"It is with heavy hearts we announce that our beloved son, father and friend, John Daniel Singleton will be taken off life support today. This was an agonizing decision, one that our family made, over a number of days, with the careful counsel of John's doctors."

Earlier this month, Singleton's family released another statement letting fans know that he was in the ICU after having a stroke while at the hospital on April 17. According to TheWrap, the statement said:

“On Wednesday, April 17th our beloved son/father, John Singleton, suffered a stroke while at the hospital. John is currently in the ICU and under great medical care. We ask that privacy be given to him and our family at this time and appreciate all of the prayers that have been pouring in from his fans, friends and colleagues.”

At the time, TMZ was reporting that Singleton checked into the hospital after feeling weakness in his leg following a flight home from a trip to Costa Rica. Doctors were reportedly performing tests and rehab on Singleton following the stroke.

On Saturday, Taraji P. Henson visited Singleton in the hospital, sharing a throwback photo of her and Tyrese Gibson with the director. "Visited you today. Me and @tyrese prayed so hard over you. You heard my voice and jumped up," Henson wrote in her post. "I HAVE HOPE AND FAITH BECAUSE I KNOW THAT #GODIS. Keep praying EVERYBODY for our beloved @johnsingleton."

"Heavy heart, state of shock but there was something powerful about feeling the presence of God that gave us the reassurance that God is going to pull him through this......... The idea that me and taraji prayed hard over john so much history so much genuine love..... We can only hope and keep praying that God brings him back to us!!!!!!!!!"

Director Ava DuVernay also shared her own photos with Singleton on Twitter, opening up about what he means to her in a heartfelt tweet.

"Lifting my highest thoughts + prayers of intercession for John Singleton," she wrote on April 25, following reports of his hospitalization. "His films helped form me. His kindness lifted me up. I remember him coming to the premiere of my indie years ago. Showing love/support for a fellow black director from LA. He is a lovely man. Pray with me."

Based on the immediate, heartfelt reactions to the news of his hospitalization and subsequent passing, Singleton left a major mark on Hollywood and he will be deeply missed.