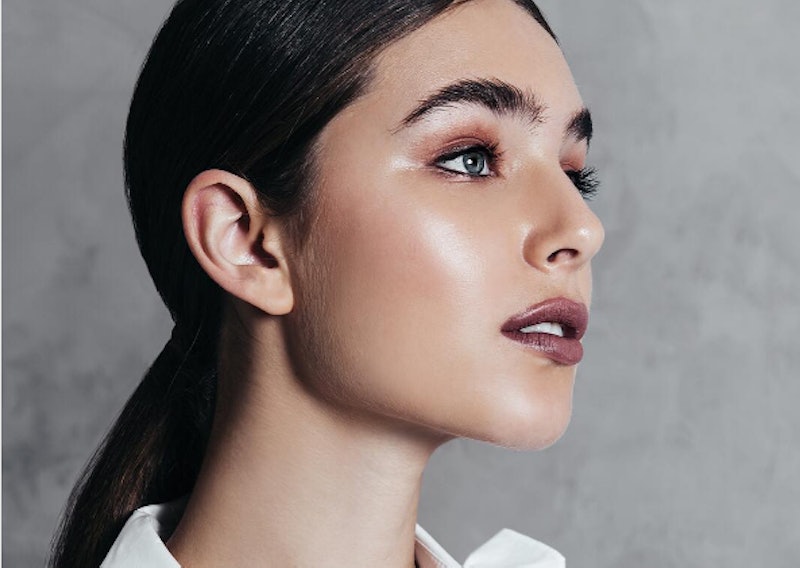 If you're done playing with half-watt highlighters and timidly sheer strobe creams, then prepare yourself for Jolii Cosmetics Spektra Stick highlighter because this formula does not play. If what you want to do is blind everyone with an intense shine that comes into contact with you, then your search is over.

While there are plenty of amazing highlighters on the market right now, this one has been sorely overlooked in the wave of hype. It debuted on Valentine's Day, yet there has been barely a blimp about it in the month that it has been live.

Made in Italy and sporting a cream consistency, everything about this product makes it seem like it'll go on sheer and dewy like the rest of the paste products. Instead, it comes on heavily pigmented and stays on your cheekbones even when you blend it out.

"It glides on more like an eye shadow stick. They have the same kind of color pay off. With one swipe, you get just the right amount of pigment. You don't have to give it several passes on your skin to know it's there," Allure reported. And when you blend it out, it doesn't diffuse but rather just spreads to the areas you brushed it out to.

They come in two color options, allowing you to change up your look depending on what kind of glow you're craving that day. The first is a deep gold number called "Celeste." The second is a pink rose gold shade named "Stella" in case you want to go more icy rather than bronze. The products are vegan, paraben-free, and cruelty-free, so they're perfect for those that only shop ethical brands.

As for the shine power, it has a lot of it. "When the light hits the highlighter, it twinkles like there's little constellations on your face. That effect doesn't come from chunky glitter, though. It actually has super fine crystals in it, which help it look more shimmery and natural," Allure explained.

And it can be all yours for a cool 26 dollars at joliicosmetics.com. If you feel like treating yourself, this is a great way to do it!