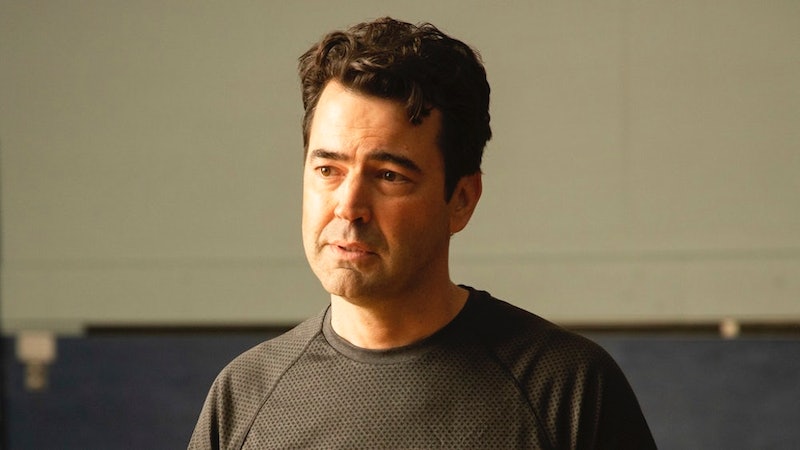 This Is Us has a reputation for making fans weep on a weekly basis, but ABC's A Million Little Things certainly gives the Pearsons a run for their money in the waterworks department. The story centers around a group of friends as they cope in the aftermath of their friend Jon's death. But while Jon's death may have been a main plot point in Season 1, the show's storylines have expanded quite a bit since then, which may leave some fans wondering if Jon will be in A Million Little Things Season 2 at all. Through the use of flashbacks, viewers have gotten to know the character, played by Ron Livingston, pretty well. But has his time on the series now come to an end?

Season 2 isn't listed in Livingston's acting credits on IMDB, nor have images of Jon appeared in any of the new press photos or promos, however, that doesn't mean he won't pop up at all throughout the year. In fact, Oprahmag.com includes Livingston's name among the various cast members who will be returning for the second season. And if it comes from Oprah it must be true, right? So yes, it seems as though Jon Dixon's story isn't over with just yet.

That being said, it is likely that the actor won't play as prominent of a part as he did during the show's freshman season. He isn't featured in the official Season 2 poster, nor is his name mentioned in the first three episode descriptions that are available on ABC. That doesn't confirm a reduced role in any way, but it doesn't not confirm it either. Thanks to the magic of flashbacks, Jon has remained a continued presence on the series. But now that most of the mysteries surrounding his past have been answered (like the identity of Barbara Morgan and the guilt Jon has been harboring for many, many years regarding his friend's tragic death on Sept. 11), those flashbacks may not feel as crucial or necessary to the story.

Jon will always be a big part of their lives. He was the glue that held their little group of friends together and he's apart of so many of their most cherished memories. That makes his continued presence an easy thing to include, even if it isn't for every single episode.

When speaking to Entertainment Weekly shortly after the Season 1 finale aired back in February, series creator DJ Nash shared that he'd love for Livingston to return for Season 2, though he wasn't sure how often the actor would be available to do so, given another project he had coming up. "I would love for him to be a part of the show," Nash told EW. "I’d love to continue to have him tell his story. He has another series that he’s working on, so we may just have [to] find those moments, but I’d love to have him back."

And indeed it seems that wish will come to pass. In a different interview with EW this month, Nash confirmed that the character will be back, but not as much as before. "We don’t see Ron Livingston as much as we did in season 1," he stated. "But Jon will be back and he will be impacting their determination to finally live life on their terms."